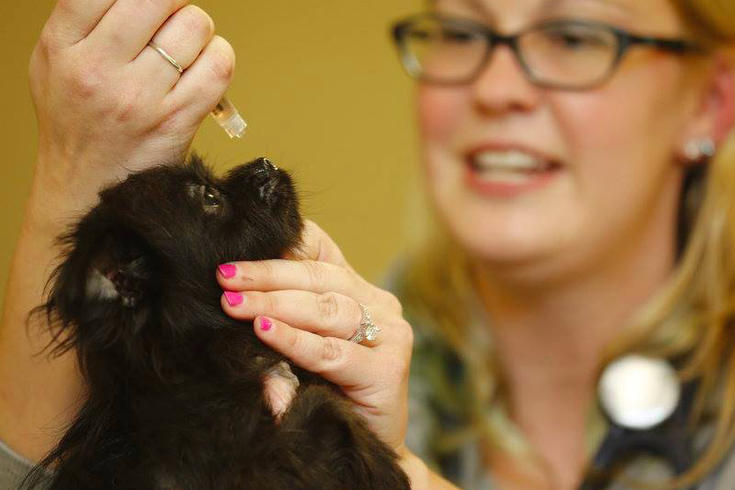 Nearly 300 dogs rescued from the home of a hoarder in northern New Jersey have begun to rehabilitate under the care of three animal shelters in Monmouth County.

According to authorities, 276 small dogs including pugs, chihuahuas and Yorkshire terriers were rescued Friday by SPCA officials at a bi-level home in Howell.

Over a grueling 15-hour period, they were removed from bookshelves, platforms and the insides of walls in what investigators have called an "extreme" hoarding situation.

Monmouth County Prosecutor Chris Grammicioni told the Asbury Park Press that any potential charges against the homeowners, who have not been identified, will depend on the condition of the dogs. Officers did not find any of the animals dead at the scene, but many of them had matted fur, overgrown nails and were covered in filth.

The Monmouth County SPCA has been providing regular Facebook updates on the triage efforts and veterinary care of the animals.

"We are so thankful for the outpouring of support and sense of community we have been able to feel over the last 2 days," the SPCA posted on Sunday. "As a non-profit shelter, we rely solely on private donations and need your help to provide the best possible standard of care."

Those interested in making a donation — for vaccines, blankets, food and other supplies — can visit the Monmouth County SPCA's donation page and check out an Amazon wish list created to address the needs of ongoing care.

"Many of the dogs will need intensive work to learn to trust humans again as they lived in dark rooms without ever seeing sunlight or feeling a human touch," the SPCA said in a statement.

Information on adoptions will be provided by the SPCA on Facebook as the dogs are ready to be linked up with new families.