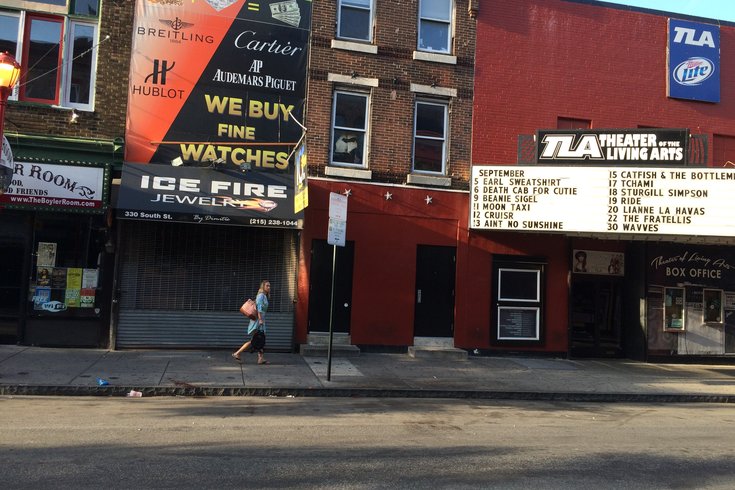 The TLA on South Street is pictured on Sept. 5, 2015, the day after a fatal shooting occurred outside the concert venue.

An arrest was announced Tuesday in last Friday night's fatal shooting on South Street, near the TLA.

Tylee Wibur, 28, of 1200 North Saint Bernard Street, was apprehended by police and positively identified as the shooter.

He is charged with murder, a weapons offense and additional related offenses.

Green was hit once in the left abdomen.

He died a short while after the shooting at Hahnemann Hospital.

The shooting closed blocks South Street for hours and police ordered a show, Lil Durk, at the TLA canceled.

In another case from the holiday weekend, police are seeking help with a homicide from Monday night.

Police found Rasheed Wingfield, 39, from the 1800 block of Penfield Street on the street. He'd been shot several times in the abdomen.

Police have no motive and have made no arrest.

There is a $20,000 reward for information leading to an arrest and conviction in all homicide investigations.