Bare knuckles are coming out of the darkness 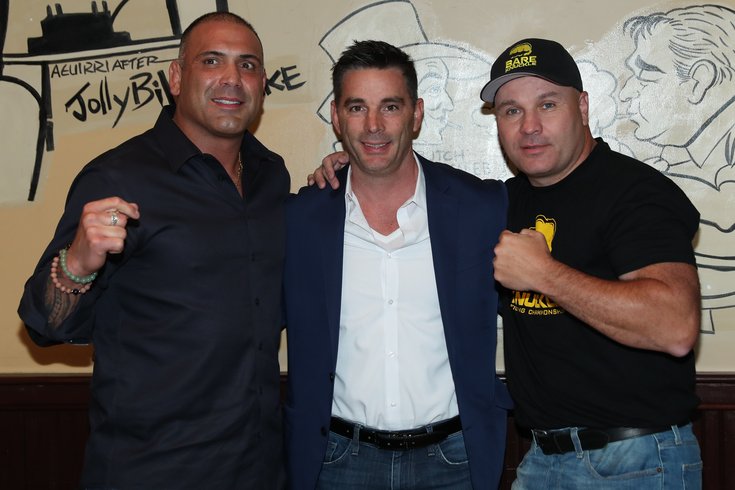 Rico Rodriguez, left, and Bobby Gunn, right are two bareknuckle brawlers who are hoping the new legalized venture catches on.

Tiki torches were used to light up the small piece of wooden river barge they used as a stage back then. Around the blank canvas poked hundreds of curious faces wanting to catch a glimpse of the spectacle, of two bare-chested men in tights, their hands balled up into fists, their arms curled upward, ready to pound one another into oblivion, or “Bolivian,” as Mike Tyson once said. Then the whistles would blow, and a squadron of squatty men in blue pillbox hats and nightsticks would clear the joint out—no fight tonight.

That’s the way it was 130 years ago anytime someone wanted to see a bareknuckle brawl, outside of a bar.

In very recent times, the gendarmes aren’t around to break up anything, because bareknuckle fighting has thrived on the underground circuit, with organized fights in dark, dank basements, above classic car shops, in barren warehouses, open fields lit by car high-beams and New York city corner bodegas, with taped newspaper over the windows to keep out the unwanted and to remain unseen except for the hundred or so that stand scrunched, shoulder-to-shoulder.

That ends this Saturday, June 2, spearheaded by some Philadelphia-area folks that call themselves Bare Knuckle Fighting Championship (BKFC).

For the first time in 129 years, since the legendary John L. Sullivan took on Jake Kilrain on July 8, 1889, in Richburg, Mississippi, there will be legalized bareknuckle fighting in the United States, taking place in the 2,000-seat Cheyenne Ice & Events Center in Cheyenne, Wyoming, and air live on pay-per-view (9 PM ET/6 PM PT) at an affordable $29.99.

It’s a 12-fight card, fought in a circle, and will feature Bobby Gunn, who once went 8 rounds with a faded Roy Jones Jr. last year and calls himself the “lineal bare knuckle boxing heavyweight champion,” former UFC heavyweight champion Ricco “Sauvé” Rodriguez, who once beat UFC Hall of Famer Randy Couture in 2002 and has lost 5 of his last 6 mixed-martial-arts fights, and a women’s fight involving “Rowdy” Bec Rawlings, who has a 7-8 record and lost her last 4 MMA fights.

Each round of the card, dubbed “BKFC: The Beginning,” lasts 2 minutes, and every fight will be five rounds, except for Gunn’s fight against Brazilian Marcelo Tavares, which is scheduled for 7 rounds. It will be scored like boxing and MMA, on a 10-point must system, by three certified Association of Boxing Commissions (ABC) judges. The hands are permitted to be taped, one inch below the exposed knuckles, and around the hand, and an inch down below the wrist to protect the wrist bones.

This move is the brainchild of David Feldman, a 1988 Marple Newtown High graduate who attended Temple and is the son of noted trainer, the late Marty Feldman, the younger brother of boxing impresario Damon Feldman.

“It’s finally happening,” David said. “We’ve been working on this for a while. I was promoting boxing locally, and across the country, and I did a show in Arizona, when I met Bobby Gunn around 2009. We became really good friends, and Bobby, who is a gypsy traveler, told me how they would settle family feuds with bare knuckles in Canada.

“I was intrigued by this. A year later, I approached the Arizona casino, where I was doing boxing, and asked if I could do a bareknuckle fight. At first, they said, ‘No.’ I eventually talked them into it, and we did our first bareknuckle fight on Aug. 5, 2011. It was Bobby against Richard Stewart. It wasn’t the best of the best, but it was a great fight. People were curious.

“Here’s why we’re here right now—1.2 million people logged in to buy that. Being new to streaming and paywalls, the site crashed. That in a 40-minute time span, we had 1.2 log in. We went out from there and tried in 29 states to get it legalized. We did our share of underground fights to get the public talking about it. We spoke with Wyoming about how there is less head trauma involved with bareknuckle boxing than regular boxing. Fist fights happen every day, all over the world, and people will always stop and watch.” 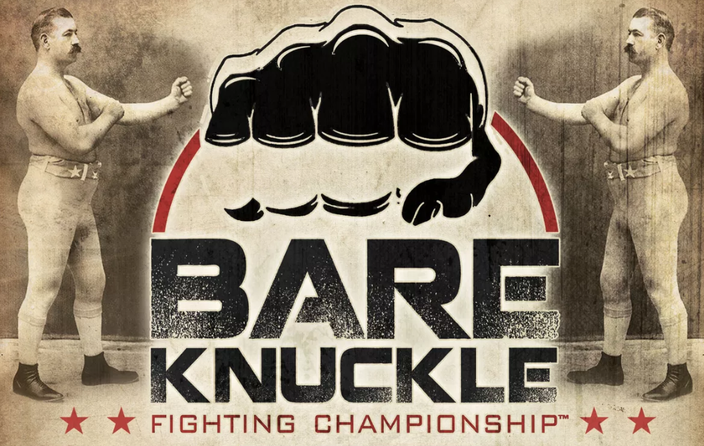 Will bareknuckle fighting catch on in the rest of the United States?

Wyoming Combative Sports Commission does not regulate boxing. It is an MMA-only commission. State chairman Bryan Pedersen, who works full time for a financial firm and was appointed to the commission, was a former Wyoming state legislator whose three attempts to organize a boxing commission, which collapsed in Wyoming in the late 1980s, fell on deaf ears. Pederson began collating information and processed the investigative steps in legalizing bareknuckle fighting 18 months ago.

“The two sports that we already regulate, kickboxing and MMA, both of those sports you can receive an elbow, knee or shin kick to the head,” said Pederson, who seems to be very conscientious about the fighter’s safety. He’s often put his own money up to keep the commission’s embarrassingly paltry $2,000 annual budget going. “In those sports, you do receive the level of blunt-force trauma that could cause concussion damage and long-term CTE [Chronic Traumatic Encephalopathy, the degenerative brain disease found in athletes] consequences that are not involved with bareknuckle fighting.

“There is safety added to this, and we have things we’re requiring like two ringside physicians, pre- and post-fight physicals, and making sure everything is safely done. Bare knuckle is more about being selective with your punches, and more about body blows. I equate bareknuckle fighting and boxing to the difference between rugby and football. Football hits hard, because you’re wearing a suit of armor. Rugby you’re not that protected. You have to watch what you do.

“Boxing you can hit a wall with a taped hand and gloves on. In bare knuckles, you obviously can’t, because you could break your hand. The whole thing that brought us up to this is providing safety for the fighters. There is a moral factor to protect citizens who compete in combat sports. Because we’re such a small state, we’re about 500,000, and everyone knows everyone. We would find out if something is happening in the state. What would happen if we never regulated it?

“I think what we’re doing will benefit all combat sports. What if several hundred thousand people watch this? This reminds people that Wyoming exists. We’re hoping this event showcases what this beautiful state is about. It’s a commercial for our state and reminds people that we are here.”

David Feldman’s bareknuckle boxing presentation to Greg Sirb, the 28-year Executive Director of the Pennsylvania State Athletic Commission, the nation’s longest tenured commissioner and the best in the country, was denied by the Pennsylvania commission 5-0 in October 2017. The state medical board was concerned with a number of issues, and Sirb and the commission felt the fighter’s safety was at risk.

“I’m not ruling anything out [towards the future]. We do always keep an open mind with anything [as to whether Pennsylvania will approve bareknuckle boxing]. I recommended that we deny it this time, and it was the same way the commission voted, because there are a lot of questions as to the overall safety of the sport.”

One thing is certain: The days of fighting on river barges and in abandoned warehouses appears over for the orphaned sport. Colorado and Texas appear next on the approval docket, and many sources say that New Jersey could be next to regulate bareknuckle boxing. After the June 2 date, another bareknuckle fight will take place in Wyoming on June 23.

“I’ve been beating the drum for years to get the sport sanctioned,” said Gunn, 44. “It’s scientific. Bareknuckle boxing is an art. With your hands wrapped and gloved up, you feel as though you can punch a hole through a wall. In bareknuckle, you can’t do that. You have to break your opponent down, if you throw a punch properly. If you hit someone on the forehead, you can do more damage to yourself. It’s about time bare knuckles comes above the ground, after being under the ground for so long.”