The special brew can only be found in a few locations 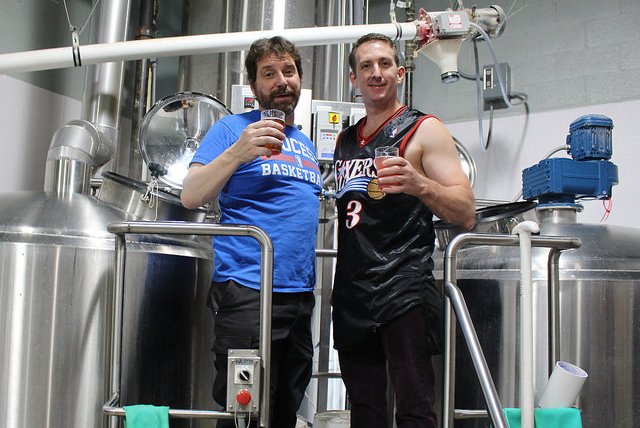 Take a sip of a Joel Embiid-inspired beer to kick off the 76ers season.

Misconduct Tavern, which has two locations in Philly, has collaborated with Conshohocken Brewing Co. to create a special beer for the 76ers season.

On Wednesday, Oct. 18, during the Sixers first game, Misconduct at 1511 Locust Street will tap the first keg of Hinkie's Sweet Revenge.

The Belgian Witbier, brewed with ginger and black currants, was inspired by Joel Embiid's love of Shirley Temples.

RELATED: It will be illegal to watch Joel Embiid's preseason debut in Philadelphia

During the season-opening tap party, while drinking and watching the NBA game, attendees can also play Sixers Quizzo and enter a raffle for two sets of two tickets to the home opener on Oct. 20 at the Wells Fargo Center.

After the party, the special Sixers-inspired brew will be available at both Misconduct locations and Conshohocken Brewery throughout the 76ers season.