'Birds Huddle' will air weekdays at 6 p.m. starting on May 2 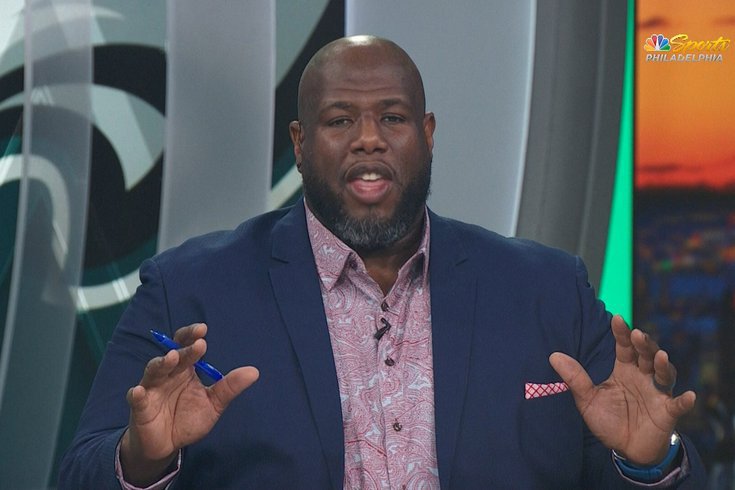 Former Eagles lineman-turned-analyst Barrett Brooks is getting a new football-centric show that will air weeknights on NBC Sports Philadelphia, the network announced.

Brooks, 49, will be the host of "Birds Huddle," a 30-minute show that will debut May 2 with a mix of news, analysis, commentary and opinion. The show will air at 6 p.m. and will include some pregame discussion leading into Sixers and Flyers games, which have their own pregame broadcasts.

Brooks will be joined each night by a rotating cast of guests, including NBC Sports Philadelphia's Reuben Frank and Dave Zangaro of the "Eagle Eye" podcast.

A portion of the show will be dedicated to sports betting analysis with regular guests from PointsBet.

Brooks has been a regular on "Eagles Postgame Live" and previously was an anchor on the morning show "Breakfast on Broad." He and former co-ancher Rob Ellis are now joined by Derrick Gunn on "Sports Take," a new streaming show from JAKIB Media Sports.

It says something about the primacy of the Eagles that NBC Sports Philadelphia has confidence launching a football-centric show months before the start of the NFL season, but the timing lines up perfectly with the NFL Draft to give "Birds Huddle" a good runway.

Brooks' journey from Super Bowl champion to unpaid media intern to host of his own Eagles show is a pretty remarkable story. The show on NBC Sports Philadelphia will typically follow right after the simulcast of "The Mike Missanelli Show," giving fans a regular dose of Eagles updates and discussion.