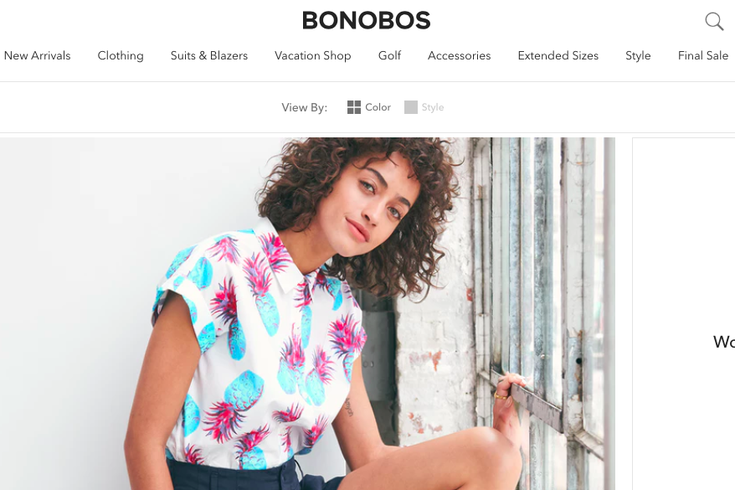 The "home of better-fitting menswear," Bonobos, has launched its first collection for women. Timed with Women's History Month, the five pieces – two short-sleeve tops, two shirtdresses and one jumper – debuted Monday and will be available only for a limited time.

The clothing has the same colorful and kitschy prints as the brand's men's shirts. There are chili peppers, stripes, pineapples and women climbing stairs (to go break the glass ceiling, duh).

RELATED: Create a flower bouquet for free on International Women's Day | Get a professional headshot for $35 with all proceeds going to Career Wardrobe | Anthropologie is launching its first-ever, plus-size clothing collection | Shop with a cocktail in hand during Rittenhouse Row Spring Fashion Crawl

Through the end of April, 40 percent of the proceeds from the sale of each men's and women's piece in the capsule collection will go to Promundo (donations to the charitable organization are capped at $100,000).

"We firmly believe men have a role to play in establishing gender equality. To that end, we’ve partnered with Promundo, an organization committed to promoting gender justice and equality by engaging men and boys in partnership with women and girls, to share what can be done to help achieve it," states the Bonobos website.

In Philadelphia, there is a Bonobos Guideshop, where shoppers can try on clothes and find their fit before placing an online order, at 1519 Walnut Street.