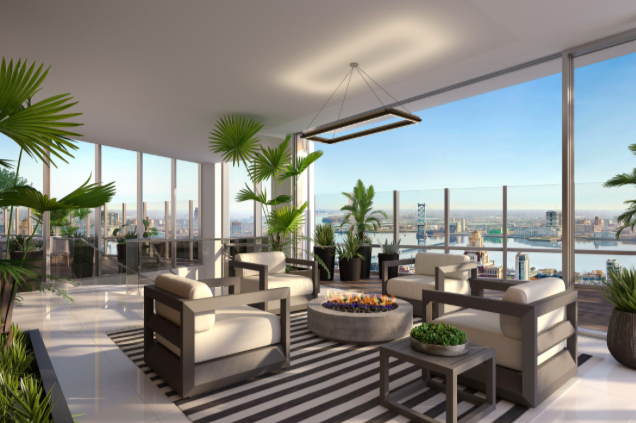 The Penthouse at 500 Walnut in Center City is on the market for $32 million, which would be a record-setting price for residential real estate in Philadelphia.

The most expensive piece of residential real estate to ever hit the Philadelphia market is now for sale at a luxury Center City high-rise — again.

The Penthouse at 500 Walnut, the shiny tower that looms over Independence Square, is now going for a whopping $32 million.

That's nearly double the $17.03 million agreement of sale that occurred on the property in 2016, when the 26-story tower was still under construction. It was completed in the spring of 2017.

The Penthouse is now owned by Infinite Views One, LLC, which has since renovated the nearly 11,000-square foot space.

Occupying floors 25, 26 and the roof of 500 Walnut, the Penthouse offers floor to ceiling windows throughout the property. It includes three bedrooms, four full baths, three half baths, a living room with a built-in bar, a formal dining room and a large eat-in kitchen with a balcony. There's also a family room, a catering kitchen, an office/gym and an oversized laundry room. 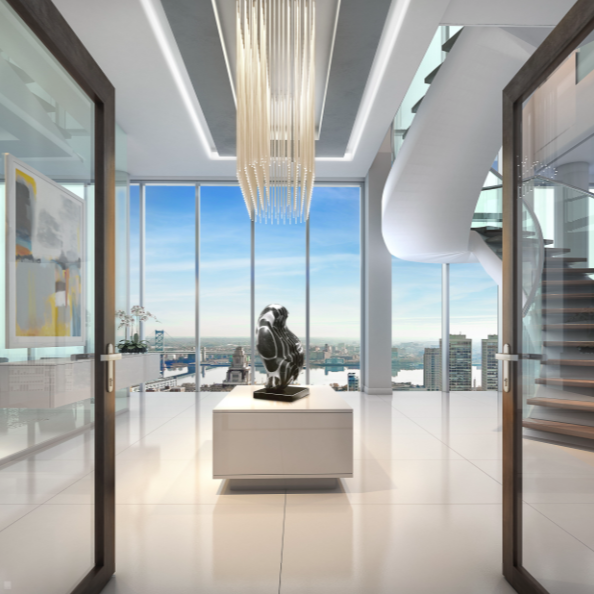 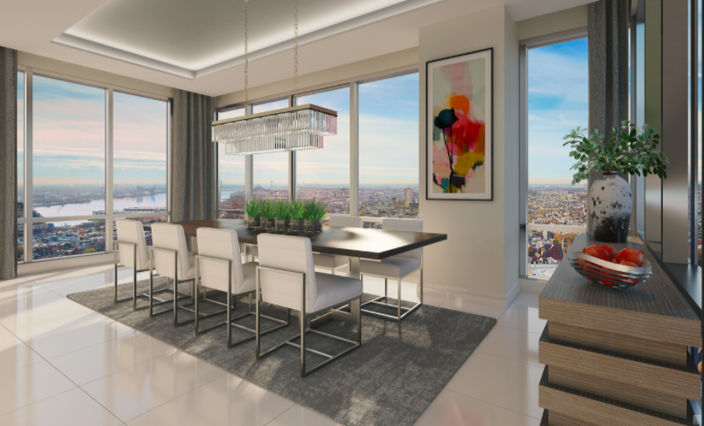 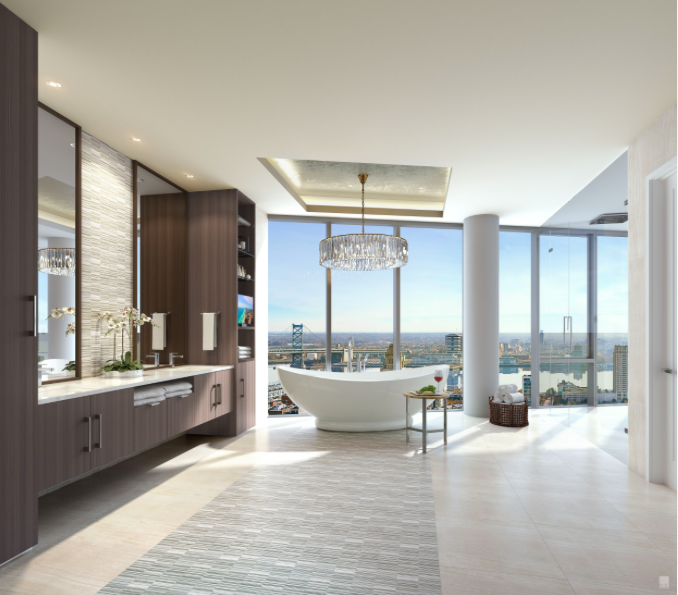 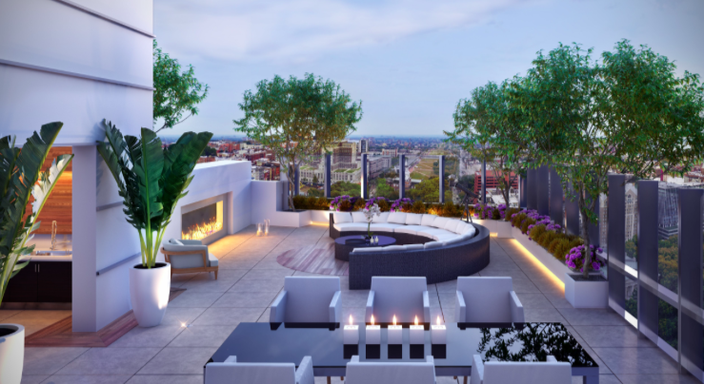 Source/Scannepieco
Designed by Cecil Baker + Partners, 500 Walnut has achieved more sales totaling at least $7 million than all the other residential buildings in Philadelphia combined.


Amenities at the luxury high-rise include an automated 80-space parking facility, a two-story fitness center, a sky-lit 50-foot lap pool with a hot tub, a library and billiard room, a five-star guest suite and a private boardroom for business meetings.

Many of the properties at 500 Walnut were originally purchased as raw-space and later finished, appreciating them in value.

The building's original prices ranged from $3 million to the previous record $17.03 million, which was first reported as $17.85 million by an anonymous buyer. The prices — and general pricing per square foot — were well above the city's other prominent luxury towers, such as 1706 Rittenhouse Square and One Riverside at 25th and Locust Streets.

Time will tell how soon a buyer can be found for The Penthouse, and whether $32 million will be a number that sticks.