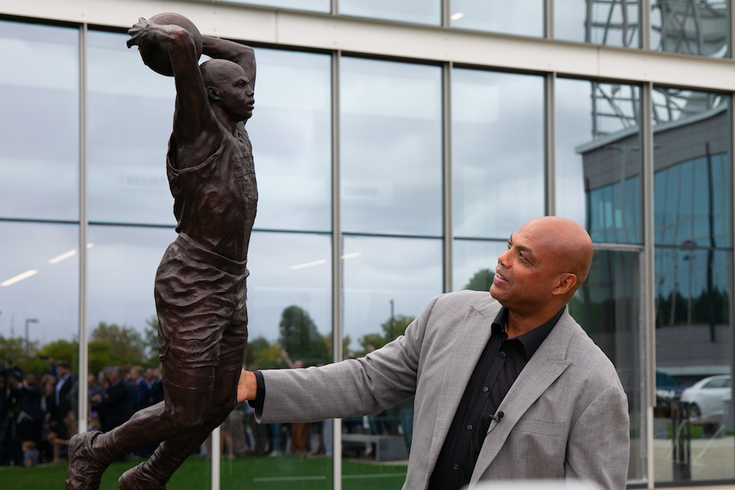 NBA analyst Charles Barkley went from unconcerned about the coronavirus to feeling sick within a matter of days. The change of attitude about the COVID-19 pandemic is happening across the United States, but those who remain unconvinced can learn from Barkley's folly.

UPDATE: (3/23/20): Charles Barkley has tested negative for coronavirus, according to Mark Stein of The New York Times.

“I’ve received my COVID-19 test results this morning and they are negative. I’d like to thank everyone for reaching out and expressing your concern and support. You all be safe and please take the necessary actions to help ensure your well-being."

NBA Hall of Famer Charles Barkley is quarantined as he awaits the results of a coronavirus test he took on Thursday afternoon.

Just days ago, Barkley appeared on "The Late Show with Stephen Colbert," where the host asked him how the coronavirus was affecting his life.

"Not at all," Barkley said. "I mean, unfortunately some people have passed away, some people are sick, but you can't stop living your life."

The show's studio audience — which has since been suspended, along with the show's production — applauded. Living your life is a favorably approved platform.

Barkley has never been afraid to speak his mind — not necessarily before he thinks, but always while he thinks. Like many in the sports world, Barkley was clinging to the hope of business-as-usual. The possibility of the NCAA canceling March Madness, he told Colbert, was a travesty.

Then Utah Jazz star Rudy Gobert was diagnosed with COVID-19, and the NBA season was suspended. Gobert has since been harshly criticized for mocking the threat of the virus days earlier, deliberately touching the microphones of every reporter at a press conference.

This is the video of Rudy Gobert touching all the microphones and potentially infecting innocent people with Coronavirus pic.twitter.com/hqae652PLX

By Thursday, when Barkley appeared on ESPN's "Get Up," he was adamant that the NCAA should cancel March Madness, which it later did.

“Even if you have no fans in the stands, you can’t have these players breathing on each other for two weeks," Barkley said. "They are going to be in different cities around the country. I hate to say it. I probably shouldn’t say it because I work for CBS, but I think we’re going to have to shut down March Madness until we know more.”

By Thursday night, Barkley sounded concerned when he spoke on the phone with NBA on TNT colleague Ernie Johnson.

Charles Barkley says he has been feeling ill and has self-quarantined himself. pic.twitter.com/p2E5Jl99qH

"I haven't been feeling great, and (doctors) didn't want me to take any chances, so they told me to quarantine myself for 48 hours," Barkley said. "I went and took the coronavirus test late this afternoon. I have not gotten the results back, so I'm just kind of in limbo right now."

Barkley's change of attitude is happening all over the country. Those who are now more vigilant about COVID-19 are becoming frustrated with people who continue to downplay it, even as schools and venues close to prevent community spread. Millennials, who seem to be bracing the most in response to the virus, are arguing with some of their cavalier parents and grandparents over their vulnerability if exposed.

Public health experts have been hammering home the idea of "flattening the curve," or extending the duration of time that the virus spreads in order to limit the sudden burden on medical systems. That is the fundamental reason for the swift emergency measures that have been taken over the last 48 hours.

Important to remember that #Covid-19 epidemic control measures may only delay cases, not prevent. However, this helps limit surge and gives hospitals time to prepare and manage. It's the difference between finding an ICU bed & ventilator or being treated in the parking lot tent. pic.twitter.com/VOyfBcLMus

If it works as planned, it's very possible that people will regard all of what is happening now as an extreme over-reaction in a few months' time. That will have been worth it. The point of taking this as seriously as possible right now is to make up for the months that passed without a robust testing system in place in the United States. It's to better manage the prolonged stress that lies ahead for all those who will be sick as the curve flattens, when it seems contained and less of a big deal than it is right now.

The mistakes made by Barkley and Gobert should be a lesson to everyone who still somehow thinks the coronavirus is overblown, purely a political show, pointlessly inconvenient or something to snidely disregard.

One of the worst diseases to end up with is foot-in-mouth syndrome. Barkley has always rebounded from that one. Here's hoping he has a full and speedy recovery from his illness.