Due to the coronavirus outbreak, the NCAA has established an advisory board to guide the organization's contingency plan on the virus 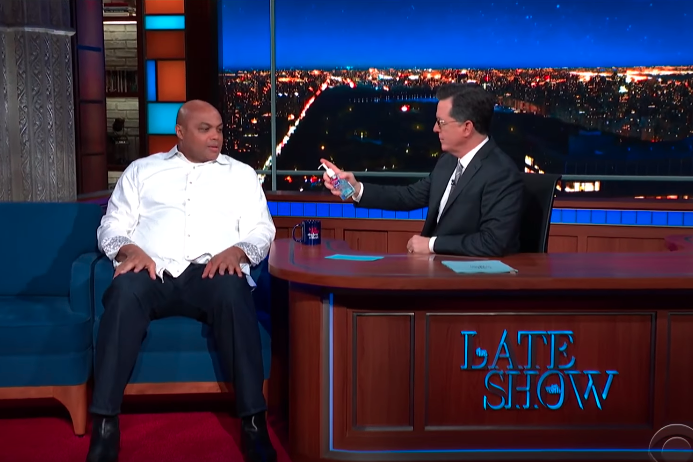 Charles Barkley appeared on the 'The Late Show with Stephen Colbert' on Tuesday. The former 76er said it would be a 'travesty' if fans missed the NCAA March Madness tournament due to the coronavirus outbreak.

Amid coronavirus concerns, the NCAA March Madness tournament may go fan-less in an attempt to thwart exposure to the virus ... but Charles Barkley isn't too keen on the idea of losing fans at the events.

"It would be sad," Barkley, who covers the tournament, said to Stephen Colbert on "The Late Show." "It would be really unfortunate. Like I say, if you feel bad, don't come. But it's such a great event."

"Other than the Olympics, 'March Madness' is the greatest thing I have ever experienced," the former 76er added. "The last few years we have been covering 'March Madness.' It would be a travesty if fans weren't there."

On Feb. 29, the National College Players Association urged the NCAA to protect student athletes from the virus — which includes excluding fans from attending the tournament. On March 3, the NCAA established a COVID-19 advisory panel to guide the organization's contingency plan.

Whether or not fans will be denied entry to the games has not been decided yet by the NCAA, but several schools have canceled athletic events or restricted fan access amid the viral outbreak. Most recently, the Ivy League canceled their yearly Ivy League Men's and Women's Basketball Tournaments on Tuesday.

"It affects you a lot," Barkley said about fans presence at games. "It wouldn't be good for the game not to have [fans]. They're an intricate part of the process."


On Wednesday, NBA officials and team owners will discuss the possibility of excluding fans from professional basketball games. Philadelphia health officials announced the first presumed COVID-19 case in the city and advised residents to avoid public gatherings of 5,000 people or more — which includes sporting events. As a result, organizers for the St. Patrick's Day parade cancelled the parade.

So far, 647 cases of the novel coronavirus, including 25 deaths, have been reported in the United States, according to the Centers of Disease Control and Prevention. As of Wednesday morning, there are 14 cases of the virus in Pennsylvania and 15 cases in New Jersey, as well as one death.