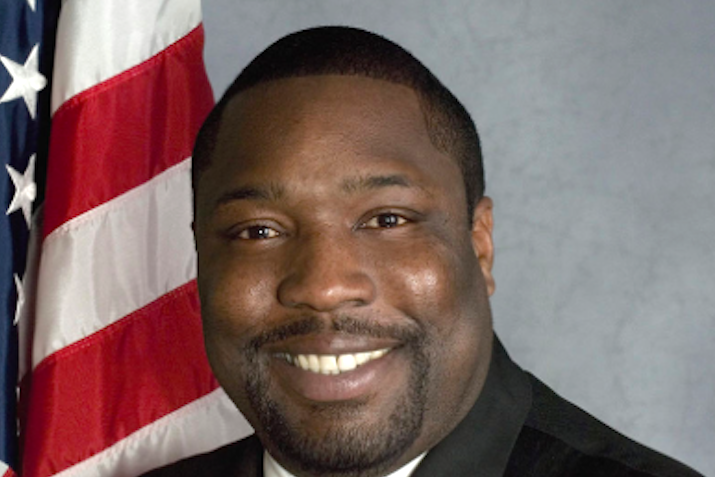 Kenyatta Johnson, a Philadelphia City Council member, allegedly accepted bribes in exchange for actions that would benefit Universal Companies, a nonprofit developer and charter school operator, according to a federal indictment. Prosecutors say the bribes were funneled through a political consulting firm owned by Johnson's wife Dawn Chavous, who also is facing charges.

Johnson, 47, and Chavous, 40, allegedly accepted more than $66,000 in exchange for using Johnson's office to benefit Universal Companies and two of its executives, Abdur Rahim Islam and Shahied Dawan. In accepting the money, Johnson allegedly sought to help secure properties that Universal wanted to use for its charter school business.

Johnson allegedly supported zoning legislation that would enable Universal to demolish the Royal Theatre in Graduate Hospital. He also allegedly blocked the Philadelphia Housing Authority from retaking a property that Universal had failed to develop.

Johnson and Chavous each were charged with two counts of honest services wire fraud. If convicted, they each face a maximum sentence of 40 years in prison and a $500,000 fine.

Before the indictment was announced Wednesday, Johnson issued a statement that claimed his innocence and said he was "a victim of overzealous federal prosecutors."

Here is my official statement concerning federal charges announced against myself and my beloved wife today. We are innocent of all charges and I will continue to serve the residents of the Second District in @PHLCouncil pic.twitter.com/VHIzsvJB6V

Islam, Universal's former CEO, and Dawan, the company's former board secretary, also were charged in the 22-count indictment, which investigators said is the result of a five-year-long probe.

They allegedly stole about $463,000 from Universal to pay themselves bonuses without board approval and to use as bribes. Some of that money was used to bribe Johnson and Chavous, prosecutors allege.

Universal was founded by music producer Kenny Gamble, who is not facing charges.

The FBI and the IRS Criminal Investigations Division conducted the investigation.

Johnson spoke at a hearing about violence last night held in South Philly. Just hours after being publicly charged, Johnson assured the large crowd of his innocence in light of the indictment.

“I’m innocent. I’m looking forward to exonerating my name as well as my wife’s name, and most importantly, I’m continuing to advocate and fight for the constituents in the 2nd Councilmanic District,” Johnson said.