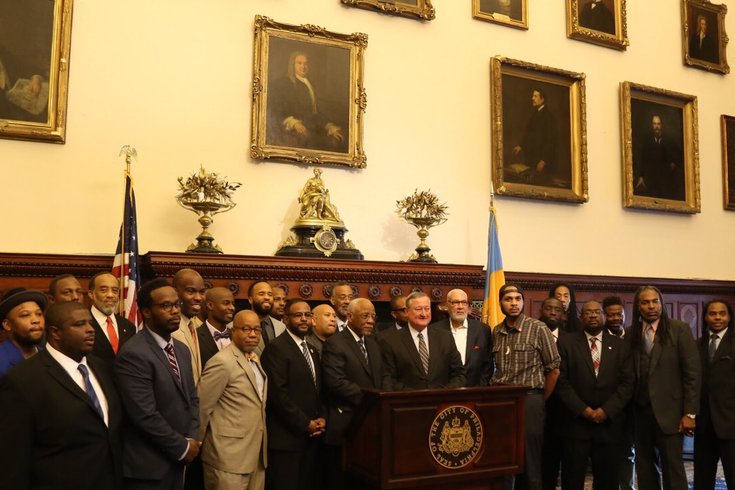 Philadelphia Mayor Jim Kenney and other city officials re-established a commission Tuesday that focuses on issues facing black men in the city.

The Mayor’s Commission of African American Males (MCAAM) will regularly provide recommendations to the city for improvement.

Congratulations to all the Mayor's Commission on African American Males Commissioners who are here today. I value your service to our City. pic.twitter.com/Q6p7fVRMqu

In April, voters authorized the initiative on a permanent basis through a ballot question in the primary election.

The MCAAM will be a part of the Office of Public Engagement (OPE), led by Deputy Mayor Dr. Nina Ahmad.

“The work of MCAAM will be driven by the urgency to create policy that can improve the lives of African-American men in Philadelphia, but also be a way for their stories to be shared and amplified,” Ahmad said.

Kenney appointed 28 members to the commission, which include government officials, businesspeople, educators and civic leaders.

The MCAAM was originally established in 1991 through an executive order by Mayor Wilson Goode but was never fully instituted.

In 2009, Mayor Michael Nutter reestablished the commission before urging four years later for legislation to make it a permanent committee.

“While this commission is comprised of African American men, the diversity of their lives – age, sexual orientation, careers, education – is a strength and an asset to the city,” said Jack Drummond, Director of the Mayor's Office of Black Male Engagement.