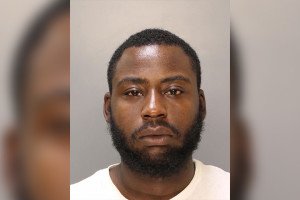 Dante Green, 22, is sought by Philadelphia police in connection with the fatal shooting of a 21-year-old man on Sunday, Feb. 21, 2016.

The Philadelphia Police have released the name of the man wanted for allegedly fatally shooting a 21-year-old in Southwest Philadelphia on Sunday.

Dante Green, 22, of the 1000 block of Van Kirk Street, in the city's Lawncrest neighborhood, is sought in connection with the alleged homicide of the man, whose identity is being withheld by police pending notification of the his family.

The shooting occurred at about 2:43 am., on the 6500 block of Greenway Avenue, police said. Officers responding to the scene discovered the victim lying on the roadway having been shot in the head.

The man was pronounced dead by medical staff responding to the incident, at about 2:50 a.m. police said.

No motive is known for this shooting, police said.

Also, police said, Green is to be considered armed and dangerous. There is a $20,000 reward offered for information leading to his arrest and conviction in this case.