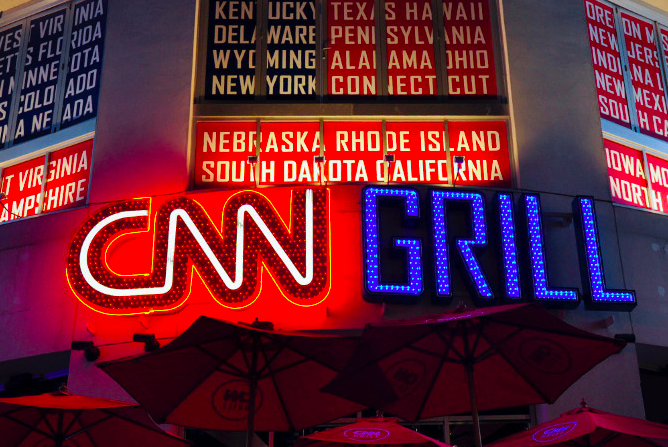 If you're the sort of person who lives and breathes politics, you've probably been looking forward to the Democratic National Convention in Philadelphia for a while now. Just how involved you plan to be — whether as a delegate, lawmaker or media member — will dictate how and where you'll spend your time over the course of four busy days.

One place worth checking out will be the CNN Grill at Victory Beer Hall at XFINITY Live! Produced every four years as a restaurant and broadcast studio, the CNN Grill welcomes lawmakers, celebrities, reporters and other political figures to eat, drink and cover the convention.

This year's CNN Grill, led by Starr Catering Group in both Philadelphia and Cleveland, will play host to a variety of private events and festivities after 5 p.m. from July 25th through July 28.

The menu will feature selections from among Philadelphia's most popular restaurants, from Federal Donuts and Little Baby's Ice Cream and La Colombe.

First launched during the 2004 presidential election, the CNN Grill has appeared in New York City, St. Paul, Denver, Charlotte, Tampa, and Austin for the 2016 SXSW festival.