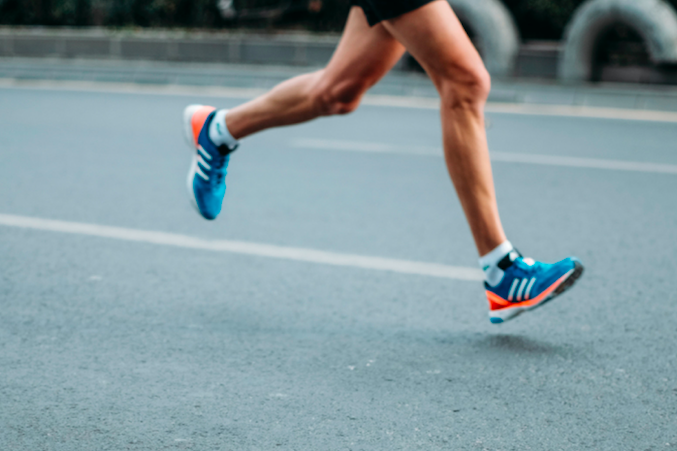 One Collingswood man ran over 20 miles to help raise money for high school students who are struggling to afford yearbooks.

Patrick Rodio ran 20.20 miles on Sunday to raise money for high school students in the class of 2020 who cannot afford yearbooks. Rodio, a marathon runner, completed his run around Knight Park in Collingswood.

The photographer and father of two raised more than $3,000 in less than a week to help out local students. The funding was collected through Collingswood Cares, which is an initiative aimed at helping out residents during the COVID-19 pandemic.

Rodio, who lives in Collingswood, said that he got the idea to help out high school seniors as he saw the remainder of their academic year being impacted by the coronavirus outbreak. All schools across New Jersey have been closed since March 18 due to the crisis. Rodio told the Courier Post:

"Once the seniors basically had their spring canceled, I started thinking about some sort of run that could raise money for them since many of their fundraisers had been canceled. Plus, I was already somewhat trained for a distance run anyway, so the 20.20 for 2020 thing just sorta hit me as a fun idea. I messaged (Borough Commissioner) Rob Lewandowski and he was instantly on board. Then we ran with the idea."

Rodio decided on raising money for yearbooks after hearing how difficult it can be for students to afford them. He contacted Collingswood High School principal Matthew Genna, who told him that each school year many students can't afford yearbooks.

"So that became the cause. And really, this is a wild, weird milestone of a year, so I'm hoping we can get as many books out to kids as possible," Rodio said in the Courier Post.

New Jersey Gov. Phil Murphy, who had announced Monday that all schools across the state would remain closed for the rest of the academic year due to COVID-19, even gave Rodio a shoutout during his daily briefing.

Yesterday, Collingswood’s Patrick Rodio ran 20.20 miles to raise money to pay for high school yearbooks for students who cannot afford them on their own. From his run through Knight Park yesterday, he raised more than $3,000. #NJThanksYou! pic.twitter.com/Zz7x6CPiz2

"Given today's announcement about schools and this school year, this act takes on greater meaning," Murphy said. "For some students in Collingswood, the yearbook will be their bank of memories of a school year that was unlike any other. Because of Patrick, they'll now be able to hold those memories."