Based on Fletcher Street Stable, the film examines the city's Black horseback riders 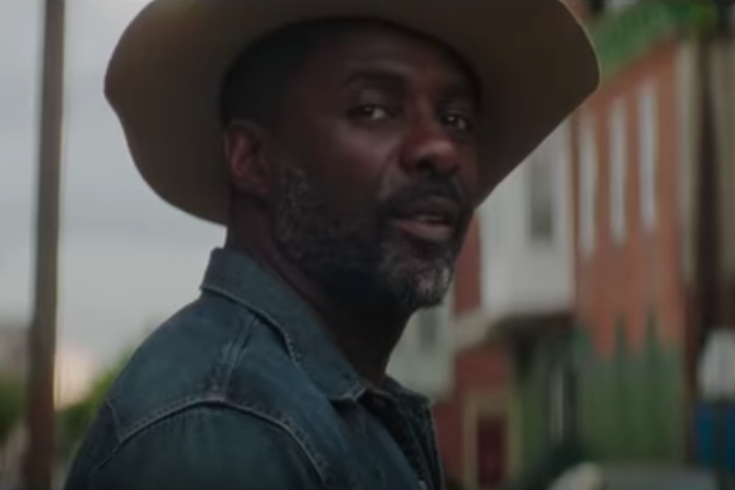 The much-anticipated Netflix premiere of "Concrete Cowboy," a drama about Philadelphia's urban horseback riding culture, is only a few weeks away on April 2.

We now have our first look at the film starring Idris Elba and Caleb McLaughlin, whose uneasy father-son relationship drives a story about escaping the dangers of urban street life and the encroaching hand of gentrification.

Filmed in Philadelphia in 2019, "Concrete Cowboy" centers on Harp, a North Philly father who mentors his 15-year-old son, Cole, in the urban pastime of horseback riding at Fletcher Street Stables. The story is based on Greg Neri's 2011 novel "Ghetto Cowboys" and is the feature length debut of director Ricky Staub.

During the making of the film, Elba was seen taking horseback riding lessons in the Spring Garden section of the city. The British actor received speech lessons in the Philly dialect and was spotted around town in Chestnut Hill during his time in the city.

After debuting at the Toronto International Film Festival last fall, Elba told Variety that the movie aims to influence the conversation around preserving the stables in Philadelphia.

"For a long time, there's been a real sort of mistelling of history around Black people and horses and cowboys and whatnot," Elba said. "It feels really apt to be able to tell a part history that's been definitely buried, and in the case of 'Concrete Cowboy,' that history is right now. Those stables — they face being taken away forever and, part of what Ricky said to me was that, 'I'm hoping that we made this movie and they keep the stables, based on the fact that people fall in love with the story and history and heritage of the stables.'"

Fletcher Street Stable's history stretches back more than a century, built on a tradition of mentorship that steers young people away from violence and drugs. Gentrification, unemployment and drug use have threatened the survival of the stables, which also have been scrutinized by the city over concerns about sanitation and animal welfare.

Other urban horseback riding clubs in Philadelphia include Work to Ride and the Black Cowboys Association.

The film was originally slated for theatrical release last year, until the coronavirus pandemic altered plans and Netflix picked up its distribution.

Elba is among the more versatile actors of his generation. He's perhaps best known for his roles on "The Wire" and "Luther." He's also appeared in films such as "Thor," "Molly's Game" and "Beasts of No Nation." McLaughlin has risen to fame in recent years on the strength of his role in "Stranger Things."