Kids who recover from the coronavirus are more likely to develop the autoimmune disease. But the virus may not be the cause of this trend 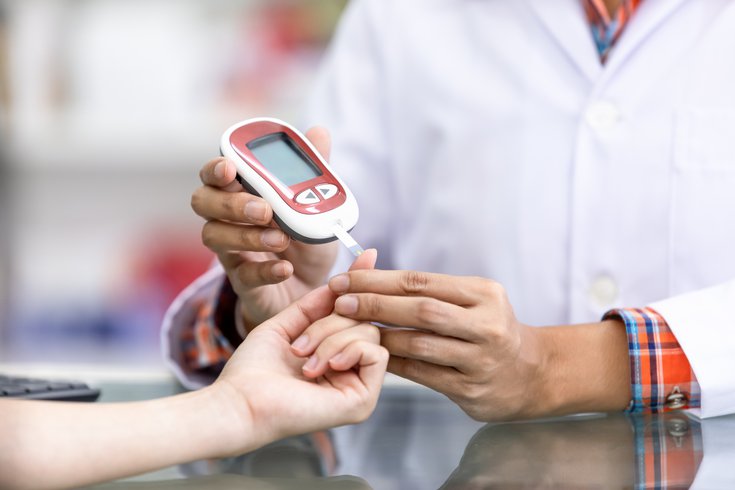 Research shows that children who contract COVID-19 are more likely to develop diabetes in the months after they recover from the coronavirus. But scientists aren't sure whether the virus itself is responsible for this trend.

Scientists have documented a surge in type 1 diabetes diagnoses in children who had COVID-19, but evidence demonstrating a causative link between the two illnesses remains lacking.

One of the studies, led by Case Western Reserve University in Cleveland, Ohio, found children had a 72% increased risk of developing type 1 diabetes in the first 6 months after a COVID-19 infection. Another study, from Norway, yielded similar results. But a third study, from Scotland, suggests the virus most likely isn't the cause of the increase.

Type 1 diabetes, a chronic disease in which the pancreas cannot produce a sufficient amount of insulin, typically is diagnosed during childhood. Its exact cause remains unknown. Typically, the body's own immune system destroys insulin-producing cells. But genetics and environmental factors, including viruses, are viewed as potential culprits, too.

The Case Western Reserve study found that the risk of type 1 diabetes among 571,356 children was significantly higher for COVID-19 survivors than for those who recovered from other respiratory infections. Researchers found the risk for diabetes was higher 1, 3 and 6 months after infection.

But the researchers acknowledged that they don't know whether the coronavirus triggers the autoimmune disease.

The researchers said future studies are needed to determine whether the greater risk will persist and to identify the people most at risk. They also said research needs to examine whether treatment for COVID-related diabetes should be different.

The Norwegian study of 1.2 million children found those who had recovered from COVID-19 were 63% more likely to develop diabetes compared to those who did not contract the coronavirus. Though the risk is real, lead author Dr. Hanne Lovdale Gulseth described it as low.

"The vast majority of young people who get COVID-19 will not go on to develop type 1 diabetes but it is important that clinicians and parents are aware of the signs and symptoms of type 1 diabetes, Gulseth said. Constant thirst, frequent urination, extreme fatigue and unexpected weight loss are tell-tale symptoms."

An exaggerated immune response to a viral infection may trigger the onset of diabetes, but a link with COVID-19 hasn't been established, the Norwegian researchers said. Delays in seeking care during the pandemic also may have contributed to the increase.

Some studies have also shown the coronavirus can attack insulin-producing cells, which could lead to the development of type 1 diabetes. In some cases, the inflammation caused by the virus may exacerbate an already existing autoimmunity.

The third study, led by the University of Edinburgh and Public Health Scotland, attributed the increased prevalence of type 1 diabetes on the increase in COVID-19 testing – not the virus itself.

But the researchers concluded that the children who developed diabetes after a COVID-19 infection most likely already had the autoimmune disease. They simply hadn't been diagnosed with it yet.

The researchers pointed to the increase in COVID-19 testing during the study period and noted that the average time from the onset of type 1 diabetes and diagnosis in England is about 25 days in children younger than 16.

"Our findings call into question whether a direct association between COVID-19 and new-onset type 1 diabetes in adults and children exists," researcher Helen Colhoun, of the University of Edinburgh, said.

The researchers said that all potentially relevant factors need to be explored before a causative link can be established.

According to the Centers for Disease Control and Prevention, about 187,000 children and adolescents in the U.S. have type 1 diabetes.