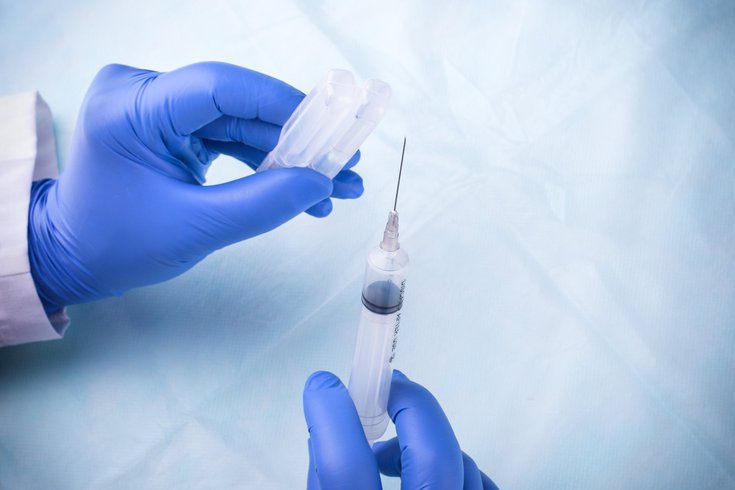 The Phase 1 data for Moderna's COVID-19 vaccine candidate demonstrates that it elicits an immune response to the coronavirus, with minimum side effects.

A COVID-19 vaccine candidate developed by the biotechnology company Moderna is expected to begin a large Phase 3 trial – the final phase before U.S. Food and Drug Administration approval – later this month.

The decision was based on promising results from its Phase 1 trial. The data, published Tuesday in the New England Journal of Medicine, focused on the first 45 participants of the study, all between the ages of 18 and 55.

The findings demonstrated that the vaccine effectively creates an immune response to SARS-CoV-2, the coronavirus that causes COVID-19, with mild to moderate side effects. The vaccine candidate, formally known as mRNA-1273, was developed in conjunction with the National Institutes of Health.

The healthy volunteers who received the vaccine produced more antibodies to the virus than most patients who have recovered from COVID-19, but a second injection was needed a month later for the best results, according to the study.

While the data is promising, infectious disease experts stressed there is still much more work to be done before a safe and effective COVID-19 vaccine will be available to the public.

"It certainly is a good beginning," Betty Diamond, director at the Feinstein Institutes for Medical Research, who was not involved in the trial, told STAT. "There are certainly lots of things we don't know yet right now."

The study enrolled patients at sites in Seattle and Atlanta, dividing participants into three groups of 15. Each group received two injections of either 25, 100 or 250 micrograms 28 days apart. All but three patients received both shots.

The 100-microgram dose produced an antibody level of 231.8 at day 55, higher than the 109.2 level measured in patients who had recovered from COVID-19.

"These Phase 1 data demonstrate that vaccination with mRNA-1273 elicits a robust immune response across all dose levels and clearly support the choice of 100 µg in a prime and boost regimen as the optimal dose for the Phase 3 study," Dr. Tal Zaks, Moderna's chief medical officer, said in a company release.

More than half of the participants experienced mild side effects including fatigue, headache, chills and pain at the injection site. Some systemic adverse reactions did occur after the second injection, particularly in those who received the highest vaccine dose.

The Phase 3 study, which will enroll 30,000 adults including those considered high risk, will compare the 100 microgram dose of the vaccine to a placebo at 87 sites across the United States. Enrollment will begin later this month.

"The hallmark of a vaccine is one that can actually mimic natural infection and induce the kind of response that you would get with natural infection," Dr. Anthony Fauci, director of the National Institute for Allergy and Infectious Diseases, told STAT. "And it looks like, at least in this limited, small number of individuals, that is exactly what is happening."

"The data really look quite good," he added. "There were no serious adverse events."

A Phase 2 clinical trial of the vaccine began enrollment in late May. The Phase 1 trial was expanded in April to include older adults over 55, but that data hasn't been released yet.

Some vaccine experts, including Dr. Paul Offit, chief of the division of infectious diseases at the Children's Hospital of Philadelphia, cautioned against too much optimism, noting that side effects can derail years of progress.

"You always worry that fever, especially high fever, could lead to other things," he told The New York Times, noting that only large, controlled studies can determine a vaccine's safety and efficacy. Otherwise, "it's reading tea leaves. You just don't know anything until you do a Phase 3 trial."

Federal guidelines were loosened as a part of the FDA's Coronavirus Treatment Acceleration Program in an attempt to streamline the clinical trial process.

There also are many questions that still need to be answered, including whether producing antibodies really equates to protection against the virus and, if so, how long that protection lasts. It is still not clear how much antibody is needed to confer protection.

Dr. Penny Heaton, chief executive officer of the Bill and Melinda Gates Foundation, emphasized in an accompanying editorial in the New England Journal of Medicine that vaccine development is complex work and there is still much more that needs to be done.

"Accelerating the development of COVID-19 vaccine candidates beyond Phase 1 depends on continued parallel tracking of activities and fulsome resources," she wrote. "The world has now witnessed the compression of six years of work into six months. Can the vaccine multiverse do it again, leading to a reality of a safe, efficacious COVID-19 vaccine for the most vulnerable in the next six?"

According to the World Health Organization, there are 23 COVID-19 vaccines in human trials. One candidate made by Pfizer and BioNTech has shown similar results to Moderna's. They also are expected to begin their own large study.