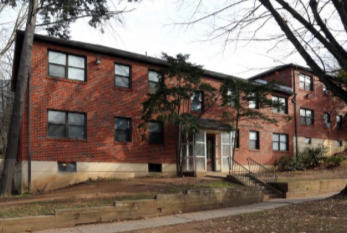 Authorities in Montgomery County are investigating after two people were fatally shot late Sunday night at an apartment complex in Ambler.

A spokeswoman for the District Attorney's Office confirmed that police received a report of gunshots at the Forest Garden Apartments, located near the intersection of Forest Avenue and School Street, at approximately 11:15 p.m.

On Monday, the victims were identified as 54-year-old Janice Trunk and 44-year-old Kevin Milton Smith.

After conducting autopsies, the Montgomery County Coroner's office determined that both victims died as a result of multiple gunshot wounds connected to a homicide.

The DA's Office said that investigators have ruled out the possibility of a murder-suicide, but it isn't yet clear whether the two victims were deliberately targeted.

An active investigation is underway. Anyone with information is asked to contact the Ambler Borough Police Department at 215-646-1000 or the Montgomery County Detective Bureau at 610-278-3368.