French patisserie Delice et Chocolat, decked out in grays, pinks and golds, is finally open in Ardmore and in full production.

That means those on the Main Line can now stop into the sweets shop and café for a French pastry and coffee before starting their day.

For commuters, it's especially easy to grab-and-go. Delice et Chocolat is located at 7 Station Road, about 100 feet from Ardmore train station.

It opens at 7 a.m. on Tuesdays through Fridays and 8 a.m. Saturdays and Sundays. Closing time is 6 p.m.

RELATED: 10 worst people to be around on a train, subway or trolley | Sweet Box Bakery to introduce "Doughlicious," a safe-to-eat cookie dough treat

The French eatery is owned by Antoine Amrani, who was head pastry chef at Le Bec-Fin, and his brother Joseph.

"He embodies knowledge of chocolate artisan and the artistic touch of sculptured sugar and color. His palette is sophisticated. That's what makes him a good executive pastry chef and exceptional chocolatier and macaron maker," Joseph stated about his brother. 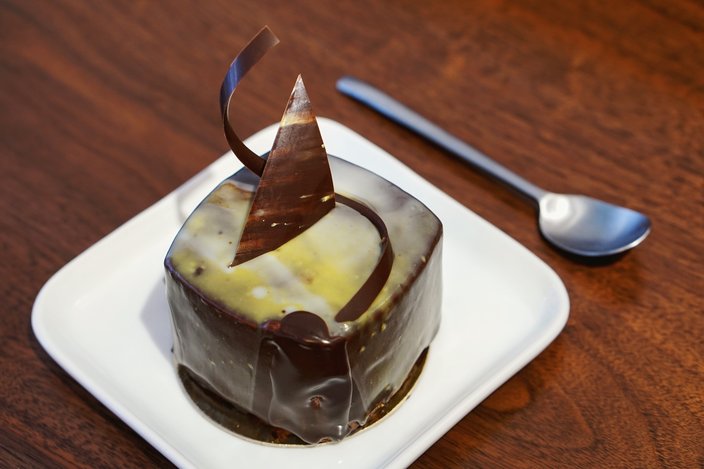 One of the sweet treats available at Delice et Chocolat in Ardmore.

On the menu are macarons (in flavors such as elderflower, raspberry rose petal, caramel sea salt and mango passion), artisan chocolates, pastries, cakes and also European lunch fare like quiches, salads and paninis.

To drink, there will be coffee, espresso and smoothies.