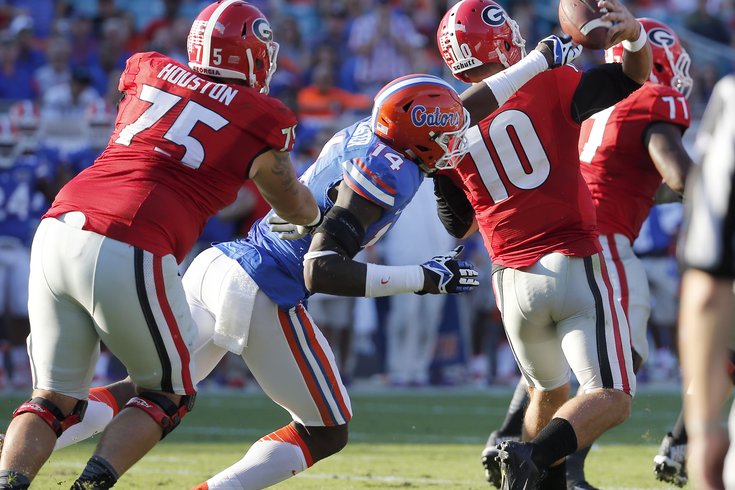 Alex McCalister could be a situational pass rusher in Jim Schwartz's defense.

McCalister is long and lean, standing at 6'6, with 36" arms. He will likely project as a situational pass rusher in Jim Schwartz's defense. Here's his spider chart from the NFL Combine:

As you can see above, he's in the 88th percentile in height for defensive ends competing at the Combine since 1999, and in the one percentile for weight. As you can also see, he has very good athleticism.

Ability-wise, McCalister is great value in the seventh round. However, like Eagles picks Wendell Smallwood and Jalen Mills, McCalister has character concerns, as he was dismissed from the team at the end of Florida's season, prompting him to declare for the draft with a year of eligibility remaining.