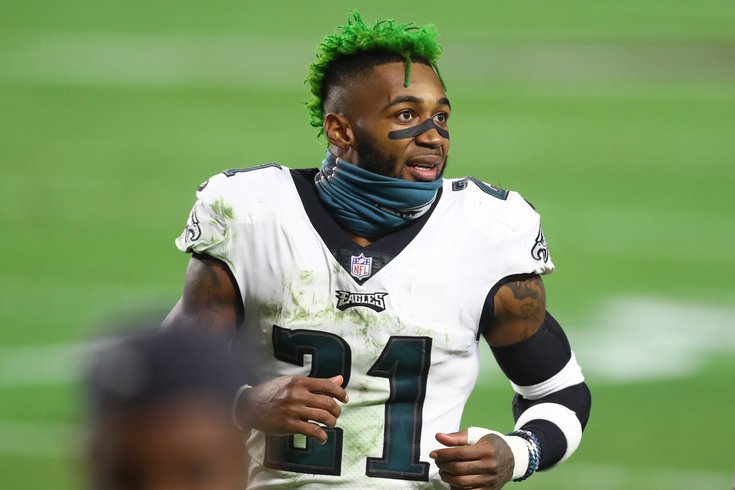 One more year for the goblin?

The Philadelphia Eagles' safety position began to undergo a transition phase last offseason, when the team moved on from Malcolm Jenkins, and Jalen Mills moved from corner into Jenkins' old spot.

This offseason, with Rodney McLeod suffering his second ACL tear in three seasons, the Eagles may be looking to continue that transition in 2021. Today we'll look at which safeties will stay, and which ones will go.

However, after tearing another ACL in 2020, especially late in the season, the question will be whether McLeod will be ready for the 2021 season in time, and even if so, will he look like the slower 2019 version again?

#JimmyVerdict: McLeod's salary in 2021 is $3,750,000, which is guaranteed, and it would cost more to cut him than keep him. The guess here is that he'll start the season on the PUP list. Stay.

Mills is a legitimate NFL starter, however, in his first five years in the NFL he has been tasked with responsibilities beyond his capabilities. For much of his first four years in the league, he was the Eagles' No. 1 corner. In 2020, he was replacing a do-everything playmaking safety in Malcolm Jenkins. Neither role was ideal for a player of Mills' skill set, but to his credit, he has always craved any and every difficult challenge, and has attacked them with the mindset that he is the second coming of Ronnie Lott.

The value that Mills brings to the Eagles' defense going forward is his versatility. Depending on what the Eagles do in the draft, he can be the Eagles' No. 2 corner opposite Darius Slay, or he can stay in the safety role he assumed in 2020. It's perhaps worth noting that while Jason Peters demanded more money to move from RG to LT, Mills made an in-season move from safety back to corner without complaint, after the Eagles suffered a slew of injuries on the outside.

Epps is probably best known for allowing the game-sealing deep ball to to DK Metcalf in the playoffs following the 2019 season, but he hung around in 2020, and actually became an important part of the defense.

He appeared in 14 games, starting five, and accumulated 47 tackles, two INTs, and four additional pass breakups. I went back and watched those, and I gotta say, he's got some ball skills. Obviously, he's an unfinished product, but there's some upside.

Depending on what the Eagles do in the draft, and McLeod's status to begin the season, there's a decent chance Epps could be a Week 1 starter in 2021.

#JimmyVerdict: Stay. He's at least a worthy backup at safety.

Before the 2020 began, Jalen Reagor aside, if there were a player I thought could have an immediate role as a rookie, it was Wallace. And then that just didn't happen. Linebacker and safety are difficult positions to learn in Jim Schwartz's defense, and when you add in the shortened offseason, Wallace's inability to get on the field is forgivable, but it was also somewhat disappointing.

On the season, Wallace played 202 snaps in the regular defense, mostly as a box safety. In Schwartz's defense, he clearly would have been groomed for something of a Jenkins role. It will be interesting to see how he fits in Jonathan Gannon's defense.

#JimmyVerdict: As a fourth-round pick, Wallace will get at least one more season to show what he can do. Stay.

The team really likes Ford as a special teamer, and he showed some glimpses that he is indeed good on the coverage units, when healthy, after a season in 2019 in which he was a penalty machine.

Four snaps in the regular defense, 63 on special teams, did not register any stats.