With nothing left to play for and the starters likely sitting in Week 18, let's take a look at some other reasons to watch on Saturday... 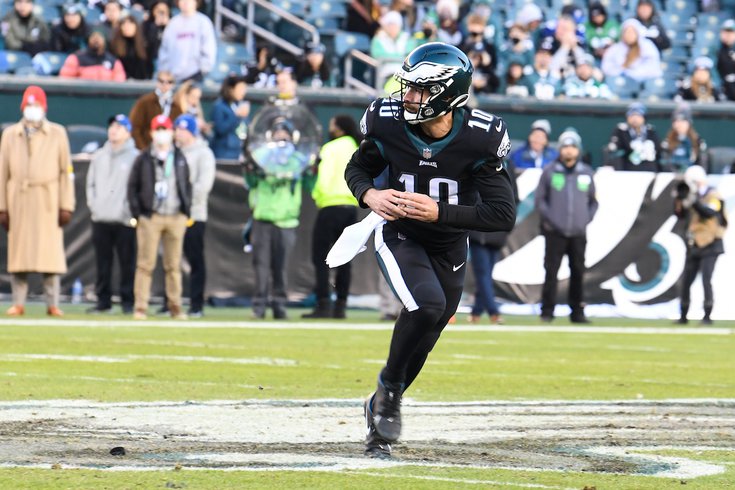 Because the Philadelphia Eagles are unlikely to play their starters on Saturday night in a mostly meaningless game against the Dallas Cowboys that they are arguably better off losing, it doesn't make much sense to come up with five matchups to watch.

Instead, we'll just take a look at five players to watch in what the Eagles will likely treat as an exhibition game.

In his lone start of the season against the New York Jets Week 13, Minshew completed 20 of 25 passes for 242 yards, 2 TDs, and 0 INTs, for a QB rating of 133.7. Of course, the Jets are ranked dead last in the NFL in defensive DVOA, so his performance that day must be put into proper context.

Mike McCarthy has stated that he intends on playing the Cowboys' starters in this matchup.

That doesn't make a lot of sense, since the Packers already clinched the 1 seed. There's some benefit in getting the 2 seed vs. the 3 or 4 seeds, but because Dallas lost on Sunday, their chances of getting the 2 seed are now very slim. Here's what they would need to have happen:

The Cowboys would be foregoing rest and risking injury for a non-guaranteed advantage. I guess we'll have to wait and see if McCarthy is true to his word.

If so, Minshew will be facing the No. 1 ranked defense in the NFL by DVOA, and he'll be throwing to guys like John Hightower while being protected by guys like Sua Opeta.

If Minshew can make a practice squad offense look at least mildly competent against the best defense in the NFL, that could improve his draft stock this offseason. If you'll recall, Howie Roseman had Ian Rapoport write about Minshew's trade value a little while back.

When Philly traded with the Jaguars for him, they gave up a sixth-rounder. Under contract through 2022, Minshew could generate enough interest to give the team an interesting choice next offseason.

Most teams view Minshew as at least a bridge starter with upside; at worst he's a high-level backup. Could he generate at least a mid-round pick, giving the Eagles an upgrade considering what they gave up in compensation? Perhaps.

The quarterback factory has to keep churning, right?

After a disastrous training camp, Dillard was forced to start four games at LT for the Eagles due to injuries and a Lane Johnson personal matter. He exceeded expectations, and perhaps showed that he can be a starting NFL LT.

With the Eagles, there isn't really a good fit for Dillard. When Johnson was absent with his personal matter, Mailata moved from LT to RT, and performed reasonably well enough, but ultimately, his best usage is at LT, where he has been built from the ground up by Jeff Stoutland. With Mailata having signed a four-year deal worth $64 million just after the start of the season, and then playing well throughout the season, the Eagles have their long-term answer at LT.

This offseason, the Eagles will have to decide whether or not to exercise Dillard's fifth-year option for 2023. OverTheCap.com projects that it would cost $11,640,000, which would be fully guaranteed. Even with Dillard's improvement this season, there should be absolutely no justification whatsoever for the team guarantee him that kind of money.

And so, Dillard is as obvious a trade candidate as any Eagles player this offseason. A strong performance against Dallas' excellent pass rush would help his value.

The Eagles got a rare healthy season out of their cornerbacks in 2021, as Darius Slay, Steven Nelson, and Avonte Maddox played in all 16 games. As a result, McPhearson, a fourth-round rookie, didn't see the field much in the regular defense, playing only 123 snaps.

McPhearson had a great start to training camp, but he struggled a bit in the preseason games. Saturday night could be a good opportunity to get him some action against premium wide receivers like Amari Cooper and CeeDee Lamb.

It'll also be interesting to see the other cornerbacks the Eagles have been stockpiling, like Andre Chachere, Tay Gowan, Kary Vincent, and Josiah Scott.

Jackson turned a lot of heads during training camp and the preseason games, but he was injured during joint practices against the Patriots, and he missed the first eight weeks of the regular season, becoming something of an afterthought in the process. On the season, Jackson has 0 receptions on 2 targets. That's not very surprising, as success tends to come slowly at tight end in the NFL, especially for projects like Jackson. See Logan Thomas' and Darren Waller's slow ascensions for reference, even when things go very right.

With Dallas Goedert and Jack Stoll both on the COVID list, Jackson is the only tight end on the active roster. Get that man a catch.

Johnson appeared to have a role in the defensive rotation through the first three games of the regular season, but he has only played in eight snaps since. So, it'll maybe be interesting to see him again, I guess? I don't know. I'm running out of ideas here.