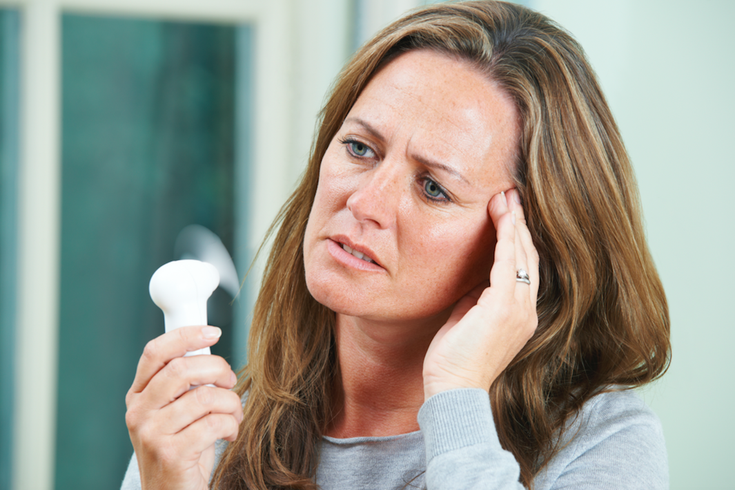 Frequent and persistent hot flashes are linked to an increased risk of cardiovascular events, including heart attacks and strokes, according to a new study.

The typical age for the onset of menopause in women is around 51, but some may experience it earlier in their 40s. It is these women who were the focus of a new study in the Lancet Public Health which discovered a link between early menopause and cardiovascular risk.

According to the Washington Post, “the study did not determine why cardiovascular problems were more prevalent among women who experienced menopause before age 50, but it noted that the drop in estrogen levels that accompanies menopause may play a role in this."

Menopause is defined as when a woman has gone at least 12 months consecutively without a menstrual period. The American Heart Association explains that the issue is not that menopause causes cardiovascular disease, but that risk factors for it like high blood pressure and elevated LDL cholesterol and triglycerides are also increasing at that time of a woman’s life. Smoking, poor eating habits and not enough exercise can also be factors.

The study analyzed data on 301,438 women. Overall, 12,962 of them had experienced a first non-fatal cardiovascular disease event after menopause. For 9,369 of these women, it was coronary heart disease, and for 4,338 of them it was a stroke.

The researchers found that compared with women who hit menopause at age 50 or 51 years old, women who started it in their 40s had a higher risk for cardiovascular disease before the age of 60, but not after 70.

They concluded that "women with earlier menopause need close monitoring in clinical practice, and age at menopause might also be considered as an important factor in risk stratification of cardiovascular disease for women."

So what can you do to better protect your health? Every women when she reaches menopause should talk to her doctor not only about relieving menopause symptoms like hot flashes, chills, sleep issues and a slowed metabolism, but also controlling risk factors for cardiovascular disease.