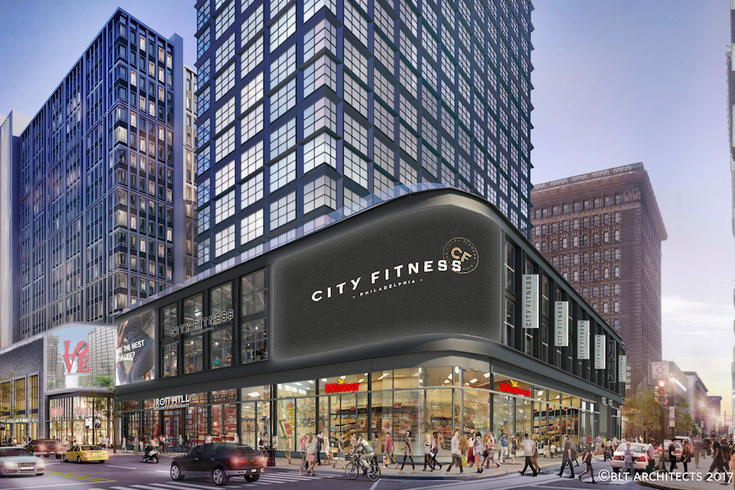 As Center City's sprawling East Market project moves toward a summer 2018 opening, National Real Estate Development continues to round out an impressive roster of commercial tenants.

The developer announced Thursday that District Taco, a popular fast-casual Mexican restaurant from the Washington, D.C. area, will open this summer between 11th and 12th streets at Chestnut Walk.

“We are excited to welcome District Taco as our newest tenant to East Market. District Taco joins other regionally celebrated brands that are contributing to the ongoing transformation of Market Street,” said Daniel Killinger, managing director, National Development. “We’re confident that District Taco will be a hugely popular destination for both Center City residents and visitors, helping to activate East Market as a dynamic urban neighborhood.”

"We started as a single taco cart with one vision," said Osiris Hoil, CEO and co-founder of District Taco. "As customer demand increased, we quickly outpaced our size, started opening storefronts, and began building a smart team with shared values. The plan here in Philadelphia is the same. We will be a part of the community serving fresh, delicious food to new neighbors and friends. People love our food, so it’s exciting to now bring it to Philadelphia, a city known for its food culture."

East Market will encompass 4.3 acres in Center City as the neighborhood undergoes a revitalization in tandem with the emergence of Fashion District Philadelphia. The developers hope to transform the entire block from Market Street to Chestnut Street and from 11th Street to 12th Street, creating a residential community around the upcoming entertainment and shopping district.