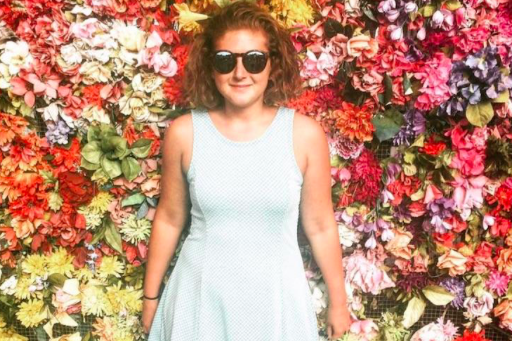 Emily Fredricks was killed while riding her bicycle to work in Center City on Nov. 28, 2017. She was struck by a sanitation truck making a turn at the intersection of 11th and Spruce Streets. Jorge Fretts, the truck driver, is no longer facing criminal charges.

The Philadelphia District Attorney's Office has dropped all charges against the garbage truck driver who struck and killed Emily Fredricks, a 24-year-old cyclist who was traveling through a busy Center City intersection in November 2017.

The decision came after the driver, Jorge Fretts, appealed to have vehicular homicide and other charges against him tossed.

Fredricks, a pastry chef, was biking to work on the morning of Nov. 28 when a sanitation truck owned by Gold Medal Environmental struck her as it turned onto South 11th Street from Spruce Street. Fredericks was riding alongside the truck in a blindspot as they approached the intersection and suffered fatal injuries in the crash. Fretts did not have his turn signal on as he prepared to make the turn.

In February 2019, Fretts was charged with homicide by vehicle, involuntary manslaughter and reckless endangerment. Those charges were dismissed that August when an appellate court ruled there was insufficient evidence to show Fretts was driving recklessly.

In subsequent years, prosecutors successfully pushed to have videos from inside and outside of Fretts' truck submitted as evidence. An appeals court ultimately maintained that the evidence against Fretts did not support the charges, and the Pennsylvania Supreme Court declined to take on the case. The D.A.'s office, left without further options, dropped the case this week.

The opinion from the appellate court decision last fall states that there was no evidence that Fretts knew a cyclist was beside his truck when he turned, nor that he failed to look before making the turn. The court also found that there wasn't evidence to suggest that distracted driving caused the accident. A review of the video evidence showed Fretts' eyes were on the road when he made the turn.

"There was also no evidence of any erratic driving or speeding," Senior Judge James Colins wrote. "The light was green when Fretts made his turn, and the garbage truck was moving at approximately 5 miles per hour."

Gold Medal Environmental reached a $6 million settlement with Fredericks' family in September 2018. The agreement included funds to support cyclists and safer city streets. The family also started the Emily Fredricks Foundation to honor one of Emily's passions by providing arts scholarships, and helped found Safe Streets Greater Philadelphia to advocate for Vision Zero policies alongside the Bicycle Coalition for Greater Philadelphia and other organizations.