Sawyer Sweeten, who played one of Ray Romano's sons on the show, was 19

Sawyer Sweeten, who played one of Ray Romano's twin sons in the CBS comedy "Everybody Loves Raymond," has died at the age of 19, 6ABC reports.

According to a statement from his sister, the actor committed suicide. She said the family is requesting privacy.

"I'm shocked, and terribly saddened, by the news about Sawyer," Ray Romano said in a statement to ABC News. "He was a wonderful and sweet kid to be around. Just a great energy whenever he was there. My heart breaks for him, his family, and his friends during this very difficult time."

Doris Roberts, who played the children's grandmother on the show, shared her grief over the loss on Facebook. 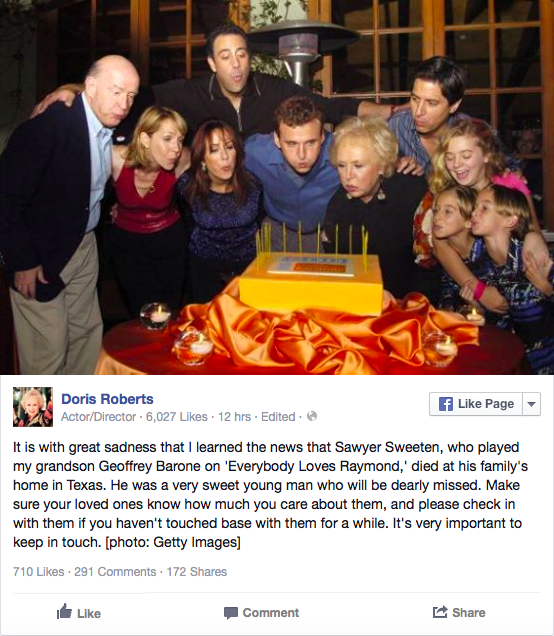 "Everybody Loves Raymond" aired for nine seasons, ending in 2005.