Eytan Shander: The Eagles should be fun, not a chore 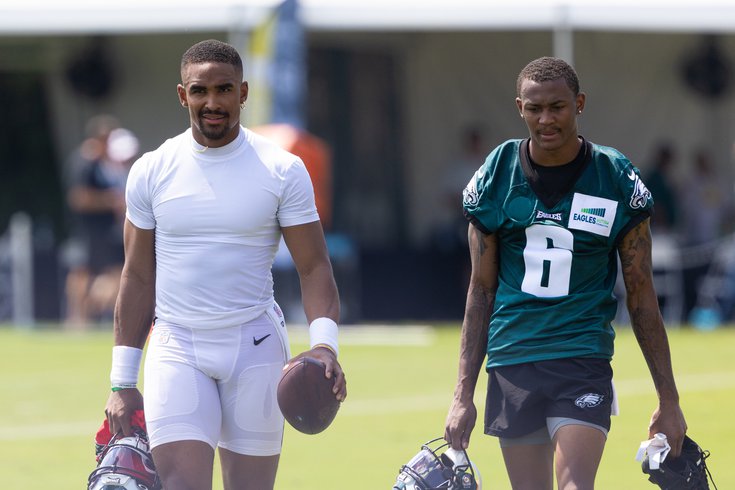 Nobody is on the hot seat.

Nobody has been ripping the Eagles for their acquisitions in the draft and free agency.

Nobody is fabricating an angle to kill four hours of their time on the radio.

It’s just Week 1 and all the nonsense hasn’t begun — at least for just one week. If the Eagles walk into Detroit and lose the game then all bets are off, but the Eagles won’t lose this game. There is warranted excitement and joy that comes with the positive buzz around a city that knows they have a contender.

Isn’t that what this season is all about?

Oh. You thought it was about Jalen Hurts “proving” he’s a starter in the NFL?

Outside of a total collapse this is the kid that will be the QB for the next couple of years at the very least. This season is about the Eagles as a team “proving” they belong in the upper echelon of the NFL. This season is about proving last year wasn’t a fluke. It's about proving they weren’t benefitting from a weak schedule and some awful coaching on the other sideline, injuries to key players on the opposing teams, or anything else meant to draw attention away from them making the playoffs.

It's time to build on that and we all need your help. This isn’t going to be a flawless season, there will be bumps and bruises and even losses. There isn’t anything that comes from sitting over the top of this team and complaining about every single thing that’s being done, knowing this is about the bigger picture.

If you want to stand over Howie Roseman and yell and scream every time AJ.. Brown drops a football or if Haason Reddick misses a sack, so be it. I can’t live like that anymore.

I’m not raising my son to be the fan I was.

This year is about sitting down with my 18-month-old child and hoping he can start grasping the basics of the game, but more importantly, become a fan. I want him to build and grow with a team, like communities build and grow. I’m not teaching him to be mad at everything — being mad at losses will be on the docket — and understand that the game doesn’t always go our way.

That’s the approach I have to live in order for him to see it, so this isn’t about expressing patience only this year, or half-quitting any type of behavior. No, this is a clean break. The Eagles should be fun, not a chore. This shouldn’t be work to show up each week — wherever you watch — and dread having to sit through another four-hour game.

And it isn’t. Nothing about this football team is bad, nor miserable, nor just lacking fun in general. It's all about getting back to the NFL season and knowing what it means to hear “GO BIRDS!” after every single interaction in Philadelphia.

Part of it is saying goodbye to this negative cloud that lingers over a lot of you still reading this. How many of you will revert to firing or benching or trading people if the Eagles lose to the Lions? Or if they beat Detroit but lose to the Vikings? These conversations are absurd this early in a season filled with so much promise.

I am truly excited for this season to start, as excited as I can remember. This won’t be a week-to-week excitement unless this goes completely dark. Going 3-1 to open the first month is the target. How they get to that number is inconsequential to me.

The Eagles have already decided on keeping Hurts, I strongly believe that. Much like they have with their head coach and defensive coordinator. Roseman isn’t firing himself, nor is Jeffrey Lurie selling the team. None of this nonsense is happening this year at the very least, so adding anger or someone else’s fake anger only puts stress on your body and takes years off your life.

Here’s to an amazing season filled with memorable moments from the new in Brown to the young in Devonta Smith and Hurts to the warriors who have given everything in Kelce.

Hurts won’t be throwing a ton in this game, mostly by choice as the Eagles will be up — certainly not down later in this game. There won’t be a ton of crazy chances by Hurts either, as this year will be about patience through his progressions more than a big throw downfield. Expect some good numbers from the dude, but I don’t think he throws enough to be picked off by this weaker Lions defense.