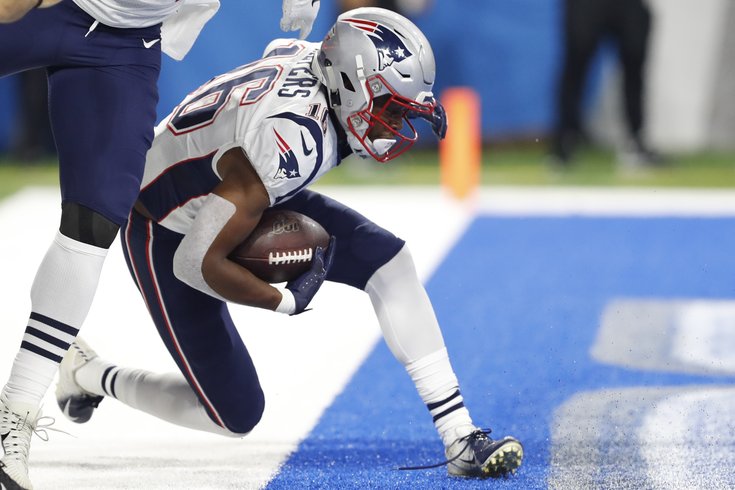 Has Bill Belichick done it again?

It's time to get to work.

Fantasy drafts are slated to start taking place over the next few weeks leading up to the start of the 2019 NFL season and we've got you covered.

After going through every team's starting (and backup) running backs, wide receivers and tight ends, giving you our full player rankings and breaking down how experts across the fantasy landscape see players' values, we are now going to dive into some sleeper picks.

By our definition, a sleeper is a player who we expect to overplay his value (average draft position, or ADP) in most fantasy leagues. This doesn't mean you should over draft the players we discuss below in the first round — only that getting them with a good value position (somewhere around their ADP) could wind up paying dividends.

We took a look at four quarterback and four running back sleepers already. Below are four wide receivers:

If he assumes the role over James Washington, a conclusion most analysts hold, there is some major sleeper appeal for the former Colt. It's worth noting that the Steelers' first three opponents in 2019 combine to offer the fifth easiest opposing secondaries for Pittsburgh wideouts. Moncrief is a smart late-round add or quick injury addition.

Never heard of Meyers? That's kind of how the Patriots like it. He has been practicing with Tom Brady and the first team offense this summer and has been absolutely lights out this preseason — he had 82 yards on six catches plus a two-point conversion catch last week (after catching six balls for 69 yards and two touchdowns in Preseason Week 1).

So who is he? Meyers is an undrafted frree agent out of NC State who played quarterback up until 2016 (shades of Julian Edelman to be sure). He broke Torry Holt's single-season reception record for the Wolfpack last season.

Meyers is the very definition of a sleeper. If he starts for New England, he will more than outperform his WR126 ranking.

In a very similar situation to Pittsburgh's, Aaron Rodgers' No. 2 wide receivers have had a pretty good track record and by all accounts, Valdes-Scantling appears to be out-performing Equanimeous St. Brown and may start in the slot — or outside — for the Packers this upcoming season.

The former fifth round pick will slide in next to Devante Adams and Geronimo Allison in the Green Bay offense and reporters covering Packers training camp seem to be very high on MVS. He should be on the field quite a bit, and with a healthy Rodgers distributing passes, MVS will at the very least improve on his solid rookie campaign from a season ago. He is definitely worthy of a late round pick in your fantasy draft.

Kirk is recovering from a broken foot that shortened his rookie season, but depending on how much confidence you have in Kliff Kingsbury (the Cardinals new head coach) and Kyler Murray (their new quarterback), Kirk may be a steal at his projected wide receiver 32 ADP.

The No. 2 behind the ageless Larry Fitzgerald, Kirk can flat out fly down the field. Cardinals wideouts have, according to fantasy football projections, the second easiest schedule and one that gets easier as the season goes on. This could be a big benefit to Murray and his offensive weapons as he gets into NFL playing form. Kirk projects to get drafted in a middle round but has very high upside.