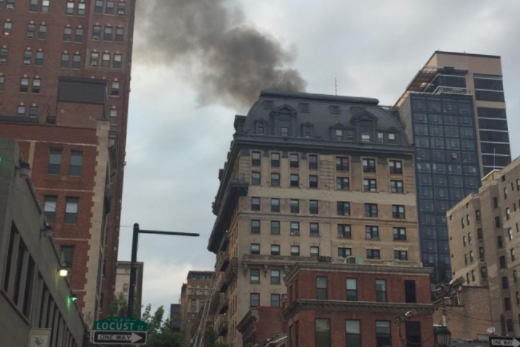 FIre breaks out at Walnut Square Apartments in Center City on July 5, 2017.

Philadelphia firefighters responded Wednesday night to a blaze at an apartment building in Center City as black smoke filled the downtown sky.

The fire broke out around 7 p.m. at the Walnut Square Apartments on the 200 block of South 13th Street. 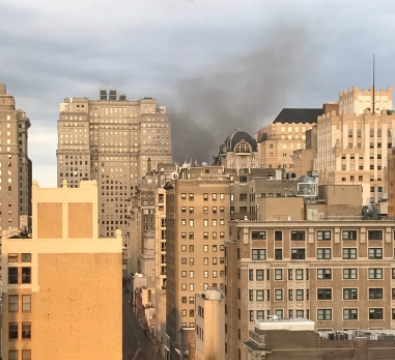 FIre breaks out at Walnut Square Apartments in Center City on July 5, 2017.

Authorities said the 12-story building was evacuated and there were no immediate reports of injuries.

Fire department officials said the blaze was brought under control around 8:20 p.m.

The building, which has stood at the southwest corner of Walnut and 13th Streets for more than a century, was listed on the Philadelphia Register of Historic Places in 1973 and was added to the National Register in 1976.