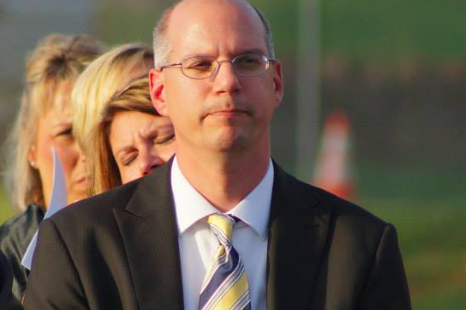 Former Clayton, New Jersey, mayor Jeff Radio was found dead at a Strathmere beach on Tuesday afternoon. He was 43.

New Jersey State Police confirmed Thursday that autopsy results for former Clayton mayor Jeff Radio, whose body was found Tuesday on a Strathmere beach, show he died as a result of drowning.

Details surrounding Radio's death are still unknown. He was found Tuesday around noon after police responded to the Sumner Avenue Beach in Strathmere, Cape May County.

Radio, 43, was a longtime member of the New Jersey Board of Education. He traveled to Atlantic City in advance of this week's state school board convention, according to NJ.com.

In a Facebook post on Sunday afternoon, Radio said he was going to Johnny Rockets at Bally's Casino for dinner. Atlantic City is about 15 miles north of Strathmere. Police did not release information on where Radio was last seen.

The town of Clayton lowered its flags Wednesday to mourn Radio, who served as mayor from 2009-2012.

An investigation by State Police is ongoing.