Supplies must be brought to the brewery's location in Point Breeze on Tuesday, July 12 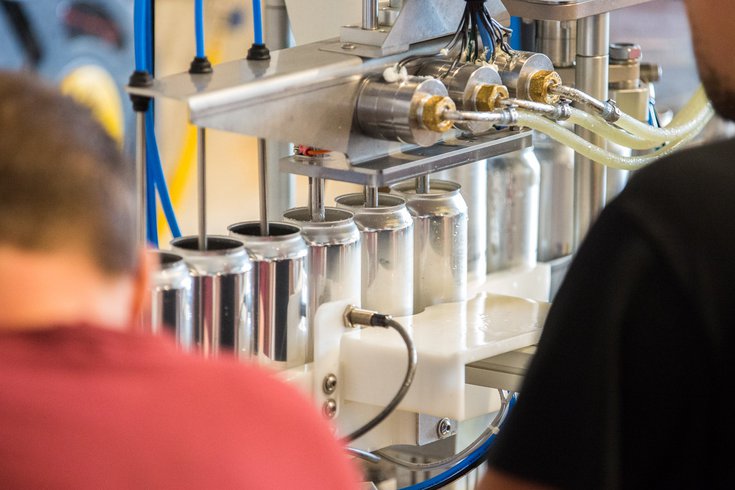 The Dock Street Brewing Co. will serve a complimentary glass of rare mystery beer to anyone of age who donates to the company's diaper and period supply drive. This image is from the company's former facility in West Philadelphia.

Dock Street Brewing Co. will serve a complimentary glass of beer to anyone who donates to the company's diaper and period supply drive next week. Donations will be sent to the Greater Philadelphia Diaper Bank.

Participants will receive a six-ounce glass of a rare mystery beer crafted specifically for the drive by head brewer Mark Russell.

"It’s a beer that has never been made by us before and will never be made again, so it’s truly a once-in-a-lifetime (experience)," Dock Street's website says.

To get the free beer, donors must drop off supplies to the brewery at 2118 Washington Ave. in Point Breeze on Tuesday, July 12. The pub is open from 4 to 10 p.m. Dock Street will continue collecting donations through the end of July.

The drive was inspired by recent news stories impacting women, children and parents – like the Supreme Court's decision to overturn Roe v. Wade and the nationwide baby formula and tampon shortages.

The price of tampons has risen 10% over the last year and they're now becoming hard to find in some places, U.S. News reports. This is due to inflation and the rising price of the raw materials tampons are made of – cotton, rayon and plastic. Manufacturing delays in China caused by the country's recent COVID-19 lockdown have contributed to the shortage, as well.

Diapers and period supplies of any kind are welcome at Dock Street's drive, but unopened packages are preferred. Demand is highest for diaper sizes 4-6 and toddler sizes 2T-5T.

The Diaper Bank will distribute the donations to schools, homeless shelters, food pantries, family service agencies and faith-based organizations across the region.

The non-profit was created in 2011 after founder Pat Kennedy, a retired teacher from Bucks County, found out that welfare programs don't provide diapers to struggling mothers.

This is not the first time Dock Street has held a rare beer drive. In the past, they've collected children's books, toys and school supplies, but this is the first drive the company has held since the pandemic began.

Dock Street was the first modern microbrewery in Philadelphia when it opened in 1985.

Over the years, it's had multiple locations across the city, but at present only the one in Point Breeze remains. Although Dock Street closed its location in a historic West Philly firehouse in May, it plans to open a new tasting room at 1229 N. Front St. in Fishtown.