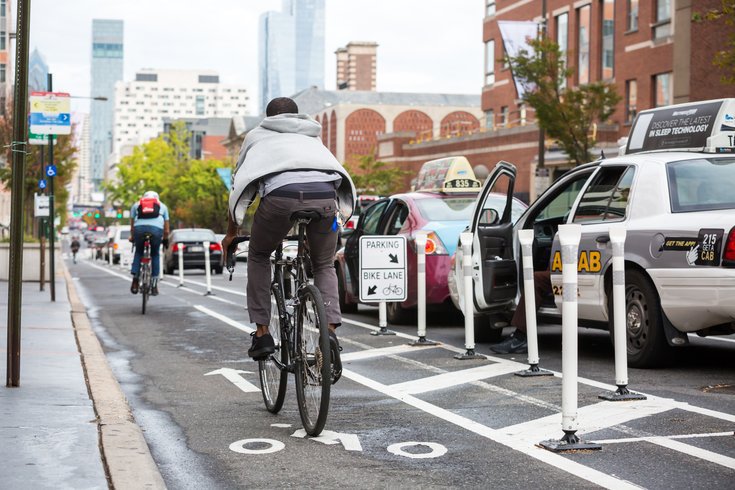 Gov. Tom Wolf vetoed a bill that would have authorized PennDOT to build parking protected bike lanes on state roads due to an amendment that would have required the state to appoint a special prosecutor in Philadelphia to prosecute crimes on SEPTA.

A protected bike lane bill once supported by Gov. Tom Wolf died on his desk Thursday, when he vetoed it due to a provision that would have required the state to appoint a special prosecutor to handle crimes on SEPTA, limiting the authority of Philadelphia District Attorney Larry Krasner.

In vetoing the legislation, Wolf accused the Republican-run legislature of "politicizing crime" and "supporting local control until they disagree with local policies." On Wednesday, the state House of Representatives voted 107-85 to impeach Krasner, putting in motion what is expected to be a series of legal proceedings leading up to an impending trial in the state Senate.

An amendment to the bill only would allow protected bike lanes if a city's police force was required to enforce every traffic violation. It was championed by Republicans and aimed at Philadelphia and Pittsburgh, which have passed local laws forbidding police officers from stopping drivers for minor infractions, an effort to eliminate discriminatory traffic stops.

In Philly, drivers who commit minor violations receive a citation in the mail. Minor violations include driving with a single broken brake light or headlight or driving without inspection stickers. Drivers can be pulled over for violations that put other people at risk, like running red lights or ignoring stop signs.

The amendment also would have required the state to appoint a special prosecutor to oversee crimes on public transit systems if the cities did not enforce all vehicle code violations equally. The special prosecutor would have preemptive jurisdiction over the area, and would be able to utilize resources from the Attorney General's Office and the Pennsylvania State Police to prosecute crimes.

"This bill usurps the will of the voters to elect their own district attorney and local law enforcement to address crime in the local community based on local circumstances and policies," Wolf wrote. "I urge the General Assembly to listen and engage with local communities to discuss crime and violence prevention policies to keep Pennsylvanians safe, including common-sense gun violence prevention."

Wolf supported the original version of the bill, which was championed by the Bicycle Coalition of Greater Philadelphia. That organization later urged Wolf to veto the bill because of its "poison pill amendment," saying it had nothing to do with parking-protected bike lanes.

Versions of the bill have been introduced in the state legislature almost every year since 2018. The bill — without the recent amendment — has support from Mayor Jim Kenney, along with leaders in Pittsburgh, Harrisburg and Lancaster. PennDOT also has voiced its support for the bill.

There has been an uptick of crimes on SEPTA, particularly on its subway lines, and elsewhere in the city since the COVID-19 pandemic. On Thursday, the SEPTA Board approved a pilot program with ZeroEyes, which will provide gun detection intelligence in subway surveillance.

It is unclear whether the state legislature will reconvene to reconsider the amendment, as both the House and Senate have held their final session days for the year.