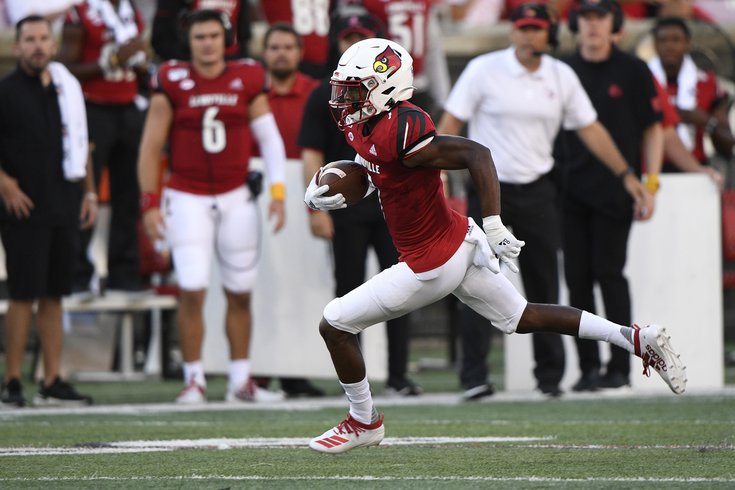 Ford is undoubtedly going to be a favorite prospect of a lot of people. Why? Well, he hurts people.

In addition to his violent style, Ford is also a really good athlete, who can play a number of different roles in the defense, from single-high safety, to slot corner, to box safety. In 2019, he was very productive, racking up 90 tackles, 3 picks, 9 PBUs (a good number for a safety), and 3 forced fumbles.

Dimukeje has been a little bit of a late bloomer, but he had a nice season in 2019 with 8.5 sacks. The feeling here is that Dimukeje's stock will continue to rise throughout the 2020 season, as his pass rush repertoire becomes more refined. His best attribute is his get-off at the line of scrimmage good, as you can see here.

Brandon Graham and Vinny Curry are both 32, and while the Eagles have both Derek Barnett and Josh Sweat as still-young edge rushers with room to grow, both guys really need to show something in 2020. Even if they do, the Eagles should continue to re-load at DE behind Graham and Curry. Day 3 guy if the draft were today, could become a Day 2 guy.

Bushman has been a productive tight end at BYU over the last three seasons:

BYU lines up Bushman all over the formation. He plays in-line, in the slot, out wide, and sometimes in the backfield. A look at his game:

The downside? He's old. Because he enrolled at BYU in 2014, and completed a mission before playing football, Bushman is going to be around 25 or 26 (couldn't find his exact age) when he's a rookie in the NFL.

It appears that Zach Ertz's long-term career in Philly is iffy, but even if Ertz and the Eagles eventually get a contract extension done, they still kinda need a No. 3 TE anyway, and Bushman should be available on Day 3 because of his age.

Note: This game has been postponed, but I already wrote about this dude pre-postponement, and I'm not wasting that effort.

The Eagles prioritized speed in the 2020 NFL Draft, when they added Jalen Reagor, John Hightower, Quez Watkins, and then they even added RB Jason Huntley on waivers. There's some logic in just continuing to add speed, because why not? It has worked for the Chiefs. Atwell would make some sense in the slot. It'll depend on how he runs at the Combine, but he'll either go Day 2 or early Day 3.

Another small Louisville speed demon. This one is a running back.

In 2019, Hawkins rushed 264 times for 1533 yards (5.8 YPC) and 9 TD. He only had 4 catches, and 3 kick return attempts. A player with his size and speed will have to convince NFL teams that he can catch the ball out of the backfield, and usually those guys come with return upside as well, though it's understandable why Louisville wouldn't want to expose an already heavy-use back on kick returns as well, if that was their thinking.

In theory, the Eagles could use a bigger back to complement their dynamic runners, or, as noted above, maybe just overloading with speed isn't the worst idea at running back as well. ¯\_(ツ)_/¯

MORE: Week 2 NFL picks: Rounding up the experts' predictions for Eagles vs. Rams | The 10 worst Eagles losses of the Doug Pederson era