Outburst was captured on video, posted to social media 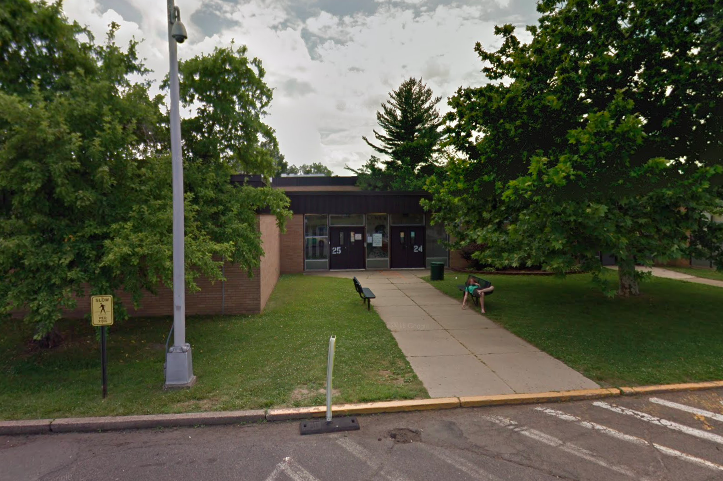 A math teacher at Steinert High School in Hamilton, New Jersey, above, is facing criticism after two teens caught her on video telling them to die from the coronavirus. The teens were violating the state's stay-at-home order, which has led to charges for violators across New Jersey.

A New Jersey high school teacher could face discipline after a video showed her berating a pair of teenagers who were violating the state's stay-at-home order, telling them she hopes they "both die a long, painful death" from the coronavirus.

The video, filmed last Thursday, was first reported by The Trentonian, which identified the teacher as Steinert High School math instructor Nicole Griggs. The public school is located in Hamilton Township, Mercer County.

One of the teens who filmed the video told The Trentionian that he and his friend were at the former Homedell School playing football together on the field. The property was closed as a result of New Jersey's strict stay-at-home order.

Griggs, a teacher in the township for the last 15 years, was walking her dog when she began shouting at the teens from behind a fence. Initially, Griggs warned the teens that the park was closed and that they would get arrested. Her anger then became more intense.

"I hope both of you get the #coronavirus. I hope you both die a long painful death." https://t.co/d2gESAB7OQ

"I'm just trying to save your a** and save your lives," Griggs said. "But die! I hope both of you get the coronavirus. I hope you both die a long, painful death."

The incident apparently was not the first time Griggs confronted others who were defying the state's orders. A Facebook account linked to Griggs — confirmed by The Trentonian — contained a similar story from earlier this month.

When Griggs saw a young couple with their daughter remove caution tape from a jungle gym, she lost her cool.

"I totally called them out, wished illness on them and commented that it was scary to even think they were parents," Griggs wrote in the April 6 post.

Hamilton Township School District superintendent Scott Rocco told The Trentionian the district was made aware of the video and plans to address the issue immediately.

New Jersey is the second hardest-hit state in the country, with more than 106,000 confirmed cases of COVID-19 and more than 5,800 deaths. Hamilton Township has reported more than 720 cases of the virus and at least 51 deaths.

New Jersey Gov. Phil Murphy has taken a tough stance on violators of the stay-at-home order, charging more than 1,700 people for defying the order since the start of the pandemic.