After a string of fights and other incidents, Absecon's Hi Point Pub highlights the consequences of risky business practices 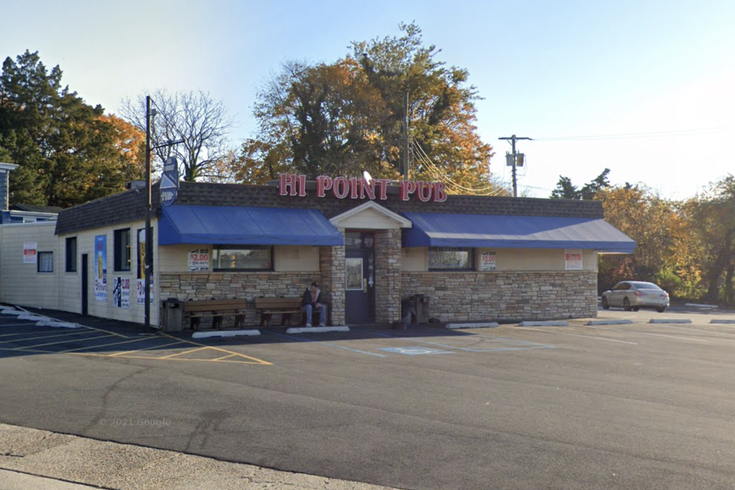 A long-running bar and restaurant in South Jersey is facing an indefinite suspension of its liquor license due to a series of incidents linked to the business.

The New Jersey Division of Alcoholic Beverage Control, a unit within the attorney general's office, suspended the liquor license of the High Point Pub at 5 North Shore Road in Absecon last week. The bar sits just off Route 30 outside of Atlantic City.

Operating for more than 50 years, High Point Pub has become a nuisance bar over the past few years, state investigators said.

“To use broad strokes, the Division (of Alcoholic Beverage Control) alleges that Hi Point is operated in such a reckless and irresponsible way that the business presents a substantial and ongoing threat to the health, safety and welfare of the people of New Jersey," ABC director James B. Graziano said last Thursday in a decision obtained by Breaking AC.

Hi Point is the subject of ongoing ABC investigations into two fatal car crashes with ties to the pub.

In January, a Northfield man allegedly struck and killed a 67-year-old pedestrian on White Horse Pike, according to Atlantic County prosecutors.

In another incident last July, 58-year-old Christopher Burtt, of Massachusetts, was fatally struck by a vehicle as he attempted to cross six lanes of traffic on foot on White Horse Pike at Station Avenue. Investigators said Burtt had crossed against the traffic signal.

The state's probe alleged that Hi Point Pub had served Burtt eight beers in a two-hour span before his death.

Graziano's investigation also found that seven DWI arrests were linked to Hi Point during the first ten months of last year. Another three people were pulled over for suspected drunk driving near the pub during the first three months of this year, including an underage woman who had been served at Hi Point, investigators said.

In March, a brawl that broke out at the bar was captured by surveillance footage and allegedly showed security staff hitting patrons. Last October, a man was arrested outside the pub for allegedly pointing a gun at another bar patron.

"The charged violations are of course all very serious, but what is especially troubling is the pattern of conduct and the gravity of the consequences," Graziano said in his decision, which he described as an extraordinary measure. "The offenses must be — can only be guaranteed to be — stopped immediately with suspension."

Contacted Tuesday morning, Hi Point Pub did not immediately respond to a request for comment about the liquor license suspension. The pub has until April 28 to appeal the ruling.