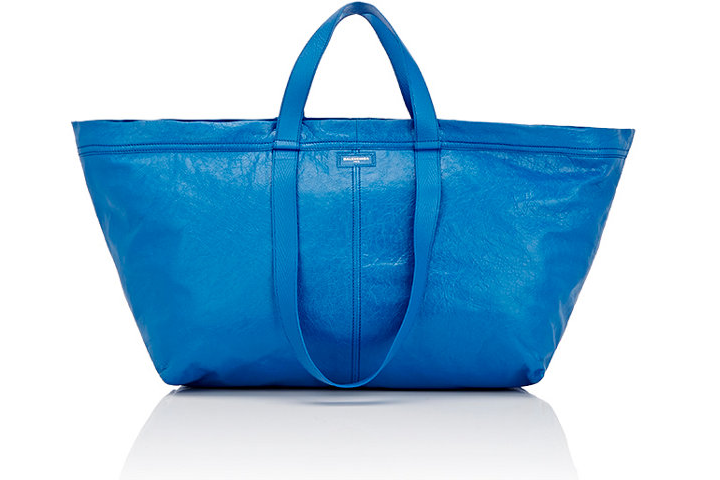 Balenciaga, a French luxury designer, has a new (and expensive) bag out that may look unusually familiar.

Ikea took notice and has a hilarious response.

The new bag from Balenciaga is blue, made of leather and goes for a whopping $2,145 in the United States.

The ad reads (via Ad Week):

How to identify an original Ikea Frakta bag

2) Multifunctional. It can carry hockey gear, bricks, and even water.

3) Throw it in the dirt. A true Frakta is simply rinsed off with a garden hose when dirty.

4) Fold it. Are you able to fold it to the size of a small purse? If the answer is yes, congratulations.

5) Look inside. The original has an authentic Ikea tag. 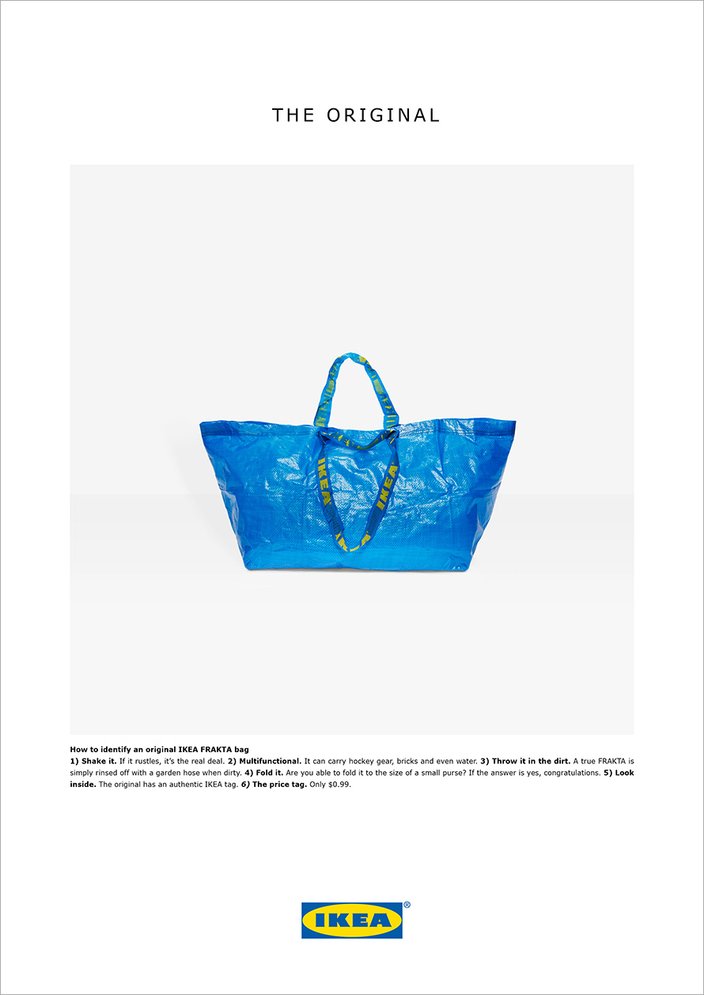 A rep for Ikea told Ad Week the company was "deeply flattered" at the apparent imitation. Balenciaga didn't confirm if its bag was inspired by Ikea's "original."