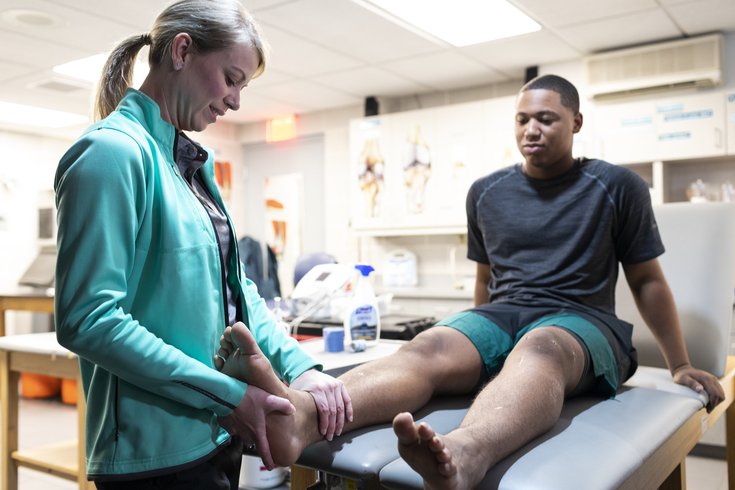 A new infection control program is 95% effective at eradicating bacteria, including MRSA and VRE, from athletic training rooms, according to a new report.

Researchers from University Hospitals in Cleveland, and GOJO, the inventor of Purell hand sanitizer,  implemented the new program at four high school and college training rooms during the 2017-2018 academic year. It completely eliminated the presence of both methicillin-resistant Staphylococcus aureus (MRSA) and vancomycin-resistant enterococcus (VRE).

Previous studies have found that more than 40% of all the surfaces in athletic training rooms are contaminated with multi-drug resistant superbugs like MRSA, leaving athletes vulnerable to serious bacterial infections.

College and high school athletes also are at risk. Ricky Lannetti, a Philadelphia native who played football at Lycoming College in Williamsport, Pennsylvania, died of a MRSA infection in 2003.

VRE can cause urinary tract, bloodstream and wound infections. MRSA usually presents as a painful and tender pimple or wound on the skin that is filled with pus and feels warm to the touch. If left untreated, it can cause life-threatening complications.

The new infection control program was implemented at two high schools and two colleges in Northeast Ohio, including Kent State University. The results were published in the January 2020 issue of Sports Health, a journal printed by the American Orthopedic Society for Sports Medicine.

"Our protocol was based upon principles used in the athletic training rooms in the National Football League and health care hygiene best practices," Dr. Mark LaBelle, of University Hospitals Orthopedic Surgery, said in a statement. "Our simplified protocol proved effective and provides a foundation for preventing infections in student-athletes at the collegiate and high school level not only locally, but across the country."

As part of the program, Purell hand sanitizer, soap and surface disinfectant spray were all made available at strategic spots throughout the athletic training rooms. Both student-athletes and athletic trainers then were educated on proper protocols.

In addition to completely wiping out MRSA and VRE, the overall bacterial load was reduced by nearly 95%, according to the study. Plus, no athletic training room-acquired infections were reported during the study period.

"While this study looked at specific athletic training rooms, these same protocols can be applied beyond, into other areas of the athletic campus frequented by student-athletes, like locker rooms and weight rooms," said Jim Arbogast, GOJO's vice president of hygiene sciences and public health advancements.

Cleaning tips and educational materials are available from GOJO here. The U.S. Centers for Disease Control and Prevention provides guidance on MRSA prevention strategies and tips for athletes who think they may have contracted MRSA.