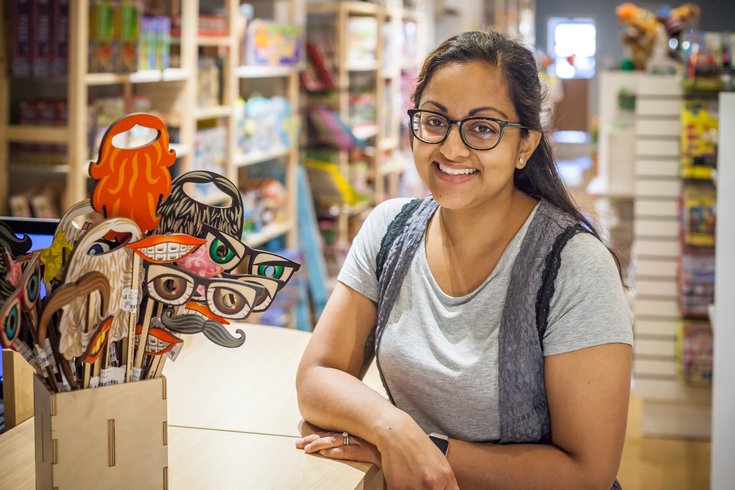 Tildie's Toy Store owner, Michelle Gillen-Doobrajh. Gillen-Doobrajh is an alumna of the University of Pennsylvania's architecture program, as well as a former pastry chef.

Open as of Saturday, Tildie's Toy Box is East Passyunk's latest retail offering. Michelle Gillen-Doobrajh and her husband, Paul, who live in the neighborhood, set up shop at 1829 East Passyunk Ave. after having more than a few rough go-rounds shopping for their two daughters on the web.

“I had trouble finding what it was that I was looking at online. It’s hard when you buy things online, because you're not holding it, seeing how big it is and you can’t get the full experience of being in a store and looking at it," Gillen-Doobrajh told PhillyVoice. "So I thought, ‘We live in this community, we're not far from here and there’s not so much around here for kids.’"

She longed for a place similar to the packed-to-the-gills toy stores she remembers growing up in New Jersey, where she could discover new items after school — an experience she felt nostalgic for. Because, after all, the toy-shopping process involves adults just as much as kids.

"I think the best toy store is not only the one that excites kids but makes adults feel like a kid again, too," she said. 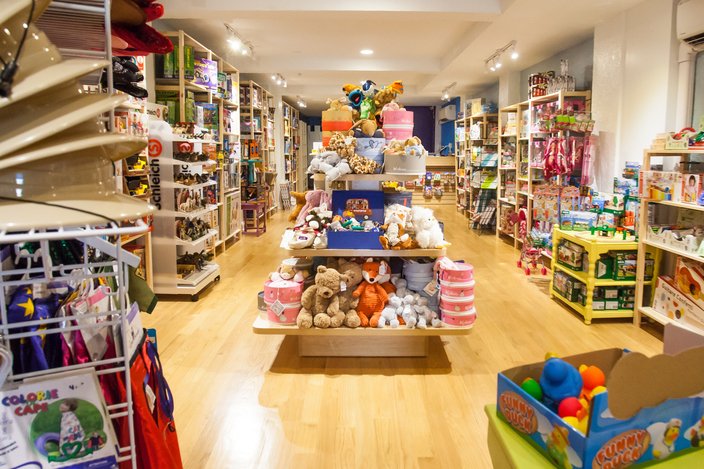 Inside the 1,000-square-foot shop is a diverse array of toys that range from plush toys to Play Visions' marshmallow floof, children's books to Discover with Dr. Cool dig kits that are packaged with actual fossils. You'll also find a new-age take on silly putty, Crazy Aaron's Thinking Putty, that doesn't dry out, snaps into pieces and changes color. That product is created in Narberth, Montgomery County, by people with physical and mental disabilities.

The goal in curating the product, Gillen-Doobrajh explained, is to offer toys that encourage interaction, keep child development in mind and, ultimately, go back to basics.

"I kind of just want to give kids that experience of growing up without so much technology in mind all the time," she said. "So much happens when you play with something simple like blocks, if you think about physics, indirectly, the creativity in the way you build, oftentimes you’re doing it with another person so you’re communicating with them and cooperating, and just those kind of life skills that happen when you play with toys that require you to interact with them." 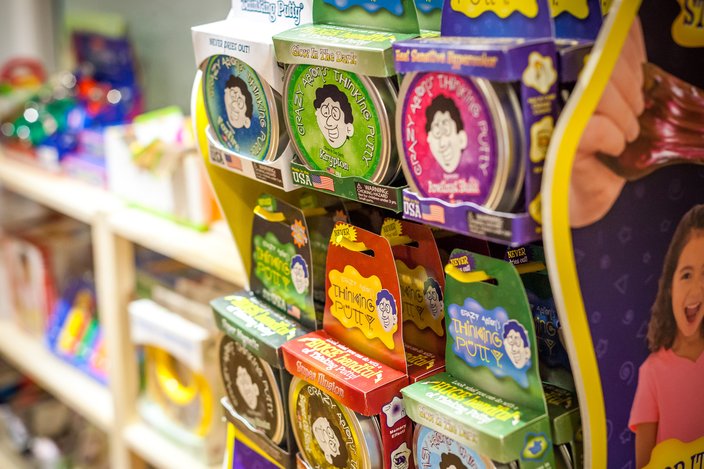 One item that Tilde's Toy Box carries is 'Crazy Aaron's Thinking Putty,' based in Narberth.

She also made a conscious effort to make the store as gender-neutral as possible — both in product offerings (lots of neutral colors here) and attitude.

"We have two girls, and we really strongly believe that, especially in today’s age, I feel like things are a little more gendered than when we grew up. And I really want to make sure they know they can love princesses but, they can also love trucks and trains," she said. "We really make an effort to provide them with everything and let them choose whatever it is they want. If someone comes in and says, ‘We have a 10-year-old boy,’ well, the boy part doesn’t really matter too much to us — what matters to us is what they’re interested in."

Toys at Tildie's are for kids from birth to age 15, with an average price range of about $20 to $30 — with some science kits costing a bit more, and some smaller items naturally running for a lot less. (See: animal figurines, sidewalk chalk, etc.) The shop is open 10 a.m. to 6 p.m., seven days a week.

Tildie's Toy Box will host a grand-opening event from 11 a.m. to 2 p.m. on Sunday, July 24. It will feature crafts, face painting and a circus performer. Be on the lookout for recurring activities in the shop's back-of-the-store event space.