Philadelphia Eagles kicker Jake Elliott, who was signed as a rookie free agent after Caleb Sturgis went down with an injury early in the season, has been better than anyone could've expected – and that apparently includes the NFL.

After missing two of his first four field goal attempts, Elliott has rattled off 10 straight over the last three and a half games, seven of which came from at least 45 yards out, including the 61-yard game-winner against the Giants in Week 4.

Coincidentally – or maybe not? – the 22-year-old kicker has now been asked to take a drug test three times in the last two weeks, according to his Instagram page. It also looks like the latest is going to be a blood test rather than the standard urine test. 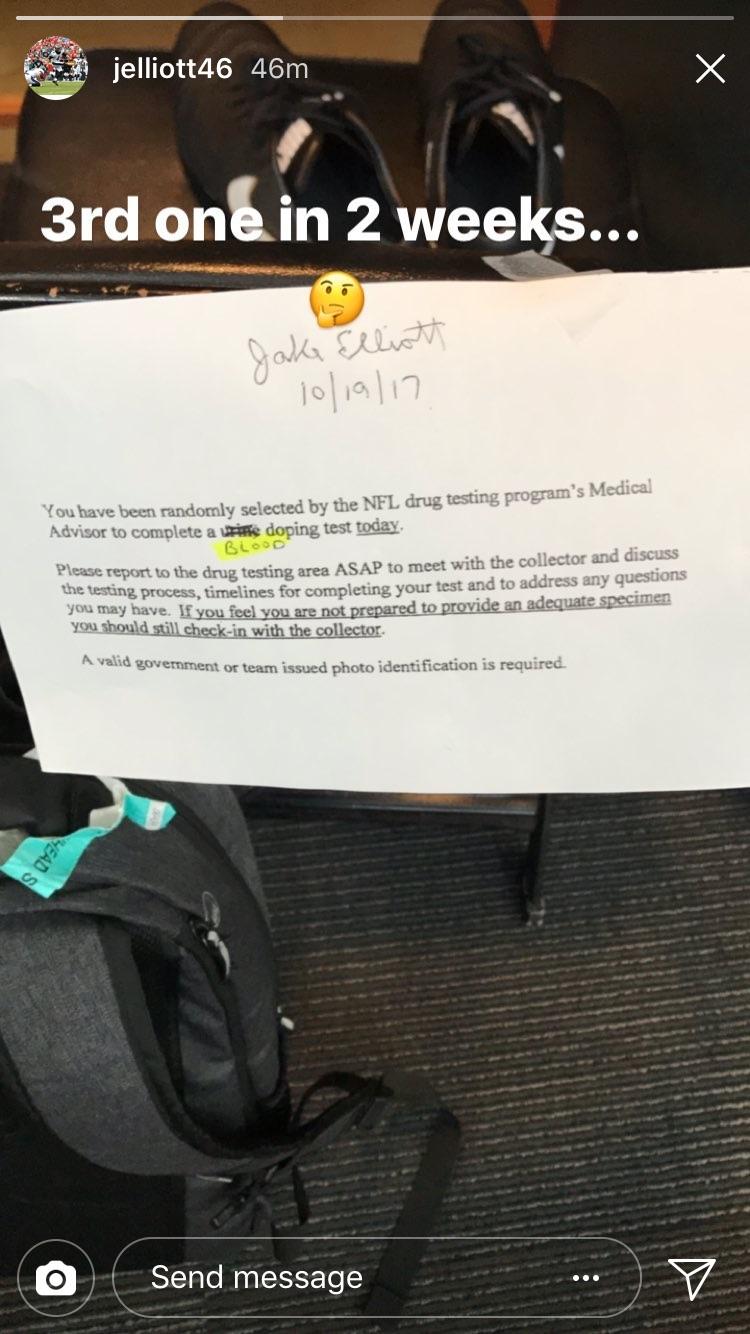 Sure seems "random" to me.

The good news is, they haven't yet figured out a way to test if a player has an actual cannon attached to his leg.