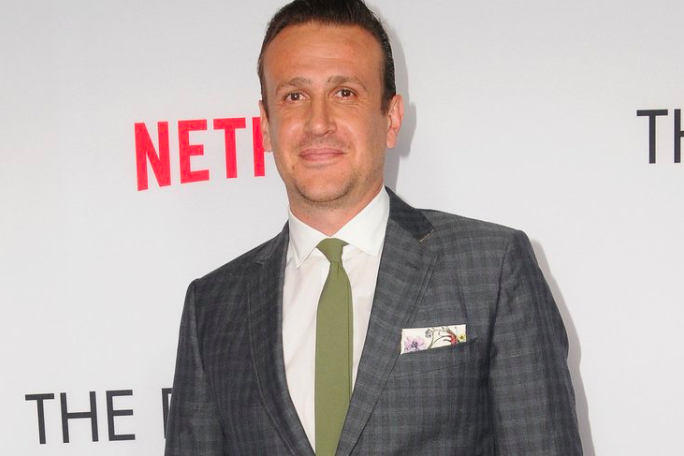 Actor and director Jason Segel made a surprise appearance during a couple's engagement photoshoot in Philadelphia. Segel has been in town directing his upcoming AMC series 'Dispatches From Elsewhere.'

For the past few months, stories of actor Jason Segel and OutKast legend André 3000 popping up in Philadelphia have become commonplace.

Segel is directing an upcoming AMC anthology series called "Dispatches from Elsewhere," which has been shot at locations across Philly and features André 3000 in an acting role.

RELATED: 'The Irishman' review: Scorsese's mob drama is worth the hype

This month, Segel may have pulled off his best Philly appearance yet.

During a photo shoot for a recently engaged couple, Segel made a surprise appearance at the Philadelphia Museum of Art. The viral photograph was shared by Twisted Oaks Studio, which handled the shoot.

In a blog, the studio discussed how Segel got involved in the shoot for the couple, Megan and Joe.

"It was towards the end of the shoot while taking their photo in front of the Art Museum when Jason Segel came over to say hi and jumped in for a quick photo," Twisted Oaks said. "Learning earlier in the shoot that they were both big fans, (the photographer) had a pretty good feeling how much this would mean to them. After some shared laughs and recited movie lines, both Megan and Joe expressed to him how much they enjoyed the shoot and were actually able to connect with each other in a whole new way."

Not every celebrity is so personable, but Segel has spent his career in roles that reveal a more complete spectrum of everyday life, whether it's the lovesick, crappy drummer in "Freaks and Geeks" or the self-consciously guarded David Foster Wallace in "The End of the Tour."

The rest of the photos of Megan and Joe (without Segel's protruding face) can be seen at the studio's blog post.