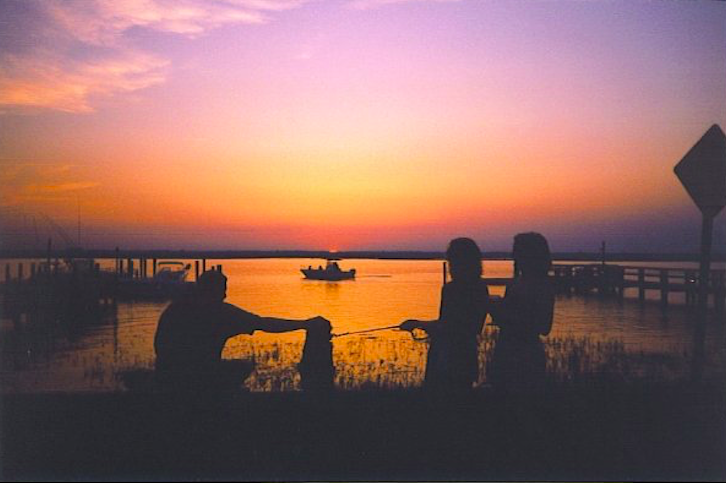 Man, oh man, June is already about to become July. Next thing you know, the Summer of 2016 will pass its driver's test and ask for the keys to the family car.

That is why it is important to savor every moment of life, which brings us to the latest calculations in PhillyVoice’s ever-evolving but always-definitive Jersey Shore-Town Power Rankings.

This week, we’ve seen some locales return to their initial standing, others fall back from inflated gains and North Wildwood continuing to do North Wildwooden things that bring shame upon all who call it (summer) home.

16. North Wildwood (even) When the shore season started, North Wildwood was a top-six municipality, mostly courtesy of the Tully Nut drink. Excessive underage drinking, the Mummers and a bevy of complaints saw it drop to the bottom of the pack. This week’s news of a local getting all social-media threat happy ensured that is where North Wildwood remains. Not a good trend line.

13. Cape May Point (-2) Nobody sent in photos from the Cape May Lighthouse Full Moon Climb like the Definitive Shore-Town Power Rankings (DSTPR) compilation mainframe requested last week. And that makes the DSTPRCM sad.

12. Ocean City (+3) Well, Jason Mraz was in town, and the mayor met him. This Jason Mraz song is pretty good in a soothing, sit-on-the-deck-and-stare-off-into-the-ocean kinda way.

So, yeah, O.C. has started to recover from its steep fall in the rankings.

11. Stone Harbor (-4) Sounds as if someone decided to film a sequel to “Project X” earlier this month. Slay. (This results in a negative ranking because my son might see this post someday and it should serve as a deterrent for exactly this kind of behavior.)

Also, a friend posted that one of her family's beach chairs got stolen from a Stone Harbor beach on Sunday, and that's the kind of stuff that don't stand.

9. Atlantic City (+3) Good on Kurt Marrone, acting battalion chief with the AC Fire Department, and police officers Patrick Finegan and Kevin Dever for saving Tai'ay Conn from drowning on Saturday night. Normally, that’d be enough for a double-digit upward swing, but not this week, when — and excuse the all-caps presentation — A GREAT WHITE SHARK was seen by a fishing group about 30 miles off the coast of casino-ville. I mean, sure, it was as far from the Steel Pier as a blueberry farm in Hammonton, but sharks are bad news and blueberries don't bite.

8. Brigantine (even) More lobbying emails arrived this week. Sigh. They negated the positivity of returning saved seals to the wild and protecting bare feet from scorching sand.

7. Wildwood (-6) Statistics are often misleading. Such as this one. The only reason Wildwood seems if it’s dropped precipitously is because of its mammoth gain the week before. Consider this a market correction, despite how delicious that Wawa hoagie named in honor of “Wacky” Wildwood looks:

4. Long Beach Island (-3) As with the Wildwoods immediately preceding it, this a market correction, but less of a drop courtesy of the super-positive vibe emanating from the turtle-protecting Dolan family of Barnegat Light.