Jim Schwartz says what we already knew: Eagles will have a 4-3 defense 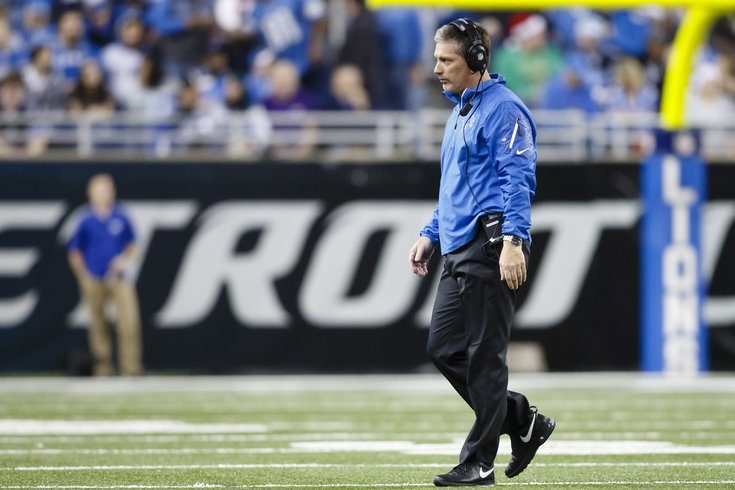 The Eagles will run a 4-3 next season. Because obviously.

For some reason, the Eagles would not say what kind of defense they were going to run after Chip Kelly was hired in 2013, and the new staff followed suit initially after they hired head coach Doug Pederson and defensive coordinator Jim Schwartz to run the show.

Appearing on 94.1 WIP, Schwartz confirmed that the Eagles would be a 4-3 defense. Nick Piccone of PhillyInfluencer.com (and a PhillyVoice contributor) did the work, transcribing the interview exchange, shown below:

Angelo Cataldi: You will change the scheme, Jim. Everybody assumes you’ll go more to a 4-3. Is that safe to say?

Jim Schwartz: Um, yeah, for sure. We’re not gonna be a two-gap 3-4. I want those defensive lineman to be attacking. I want those guys to be creating and wreaking some havoc and putting pressure on the quarterback. They’re not gonna be playing at the line of scrimmage and grabbing guys and trying to keep the linebackers clean. I think we have some good guys up front. We can take the handcuffs off of them a little bit and get some more production out of them.

You can listen to the interview in full at PhillyInfluencer.com.

Schwartz noted that his scheme will fit the players.

"I looked at the players," said Schwartz. "I looked at just about every game Philadelphia played last year. I remember playing these guys a bunch of times, and looked at a lot of these players coming out of college, and that was part of the attraction here. I think we really have some good defensive players. I think we can help them out, put them in maybe in a little bit different position and emphasize their strengths a little bit more."