How has no one thought of this before? 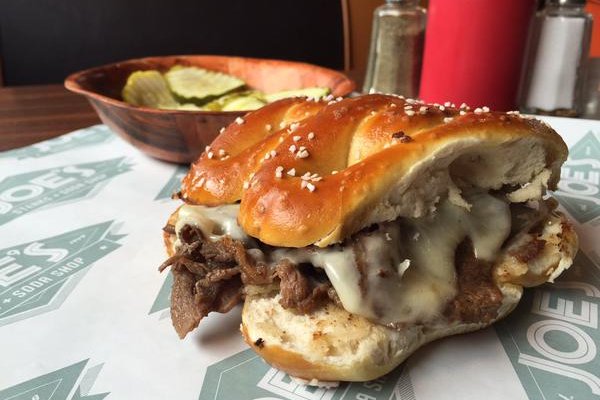 The real question is, how has this not happened before?

Joe's Steaks, which recently opened a Fishtown location in addition to its original spot in Torresdale, rolled out a marriage between two Philadelphia delicacies Tuesday.

The concoction is simple, but possibly genius: a cheesesteak with soft pretzels for the buns.

Patrick Groh, the manager for the Fishtown store, said an employee came up with the idea one day and they decided to give it a try.

Joe's Steaks began selling the sandwich Tuesday. It plans to only sell the sandwich on Tuesdays thereafter, and if it sticks Joe's will make it a regular menu item.

To be fair, PYT in Northern Liberties has featured a burger with a pretzel bun and cheesesteak meat before. But Joe's version skips the burger for a plain cheesesteak.