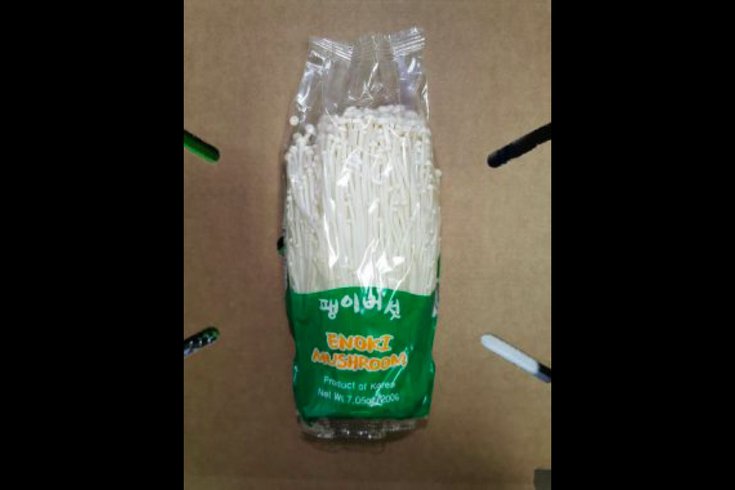 Sun Hong Foods is recalling its enoki mushrooms after they were linked to a widespread listeria outbreak that has caused four deaths, including one in New Jersey. Dozens of other cases have been reported across the country.

Enoki mushrooms are being recalled after being linked to a widespread listeria outbreak that has led to four deaths, including one in New Jersey.

The recall only affects enoki mushrooms from Sun Hong Foods, a California-based company that imports food from South Korea and distributes it nationwide. The company issued the recall on Monday.

The outbreak has sickened 36 people, causing 30 hospitalizations, in 17 states, according to the CDC. The deaths have been reported in New Jersey, California and Hawaii. The illnesses began occurring in late 2019.

Enoki mushrooms are visually distinct, but not found in every grocery store. They are long and white, and usually sold in a large cluster that you could hold in your hand. They feature in many Asian soup and noodle dishes, like ramen.

Any enoki mushrooms from Sun Hong Foods should be thrown out or returned to where they were purchased, according to the CDC. Consumers will not be able to smell, taste or see whether their food contains listeria bacteria. Freezing the mushrooms will not rid them of the bacteria.

The recall was issued after a Michigan lab tested the mushrooms for listeria-causing bacteria, according to the Food and Drug Administration.

Listeria is a type of food poisoning that is not usually life-threatening to healthy individuals, but poses a greater threat to pregnant women, people with weakened immune systems and adults age 65 or older.

Six of the sickened persons were pregnant, according to the CDC. Two of them lost their pregnancy.

Symptoms don't appear until one to four weeks after one has ingested the contaminated food. Typical symptoms include diarrhea, nausea, achy muscles and fever. Headaches and stiff neck are indicative of deadly bacterial meningitis, which sometimes is caused by listeria.

Listeria bacteria is sometimes found on foods like deli meat and some milks, as the bacteria grows in cold temperatures on un-processed and unpasteurized foods.