Can Phillies afford to go after top reliever Liam Hendriks?

Can they afford not to? 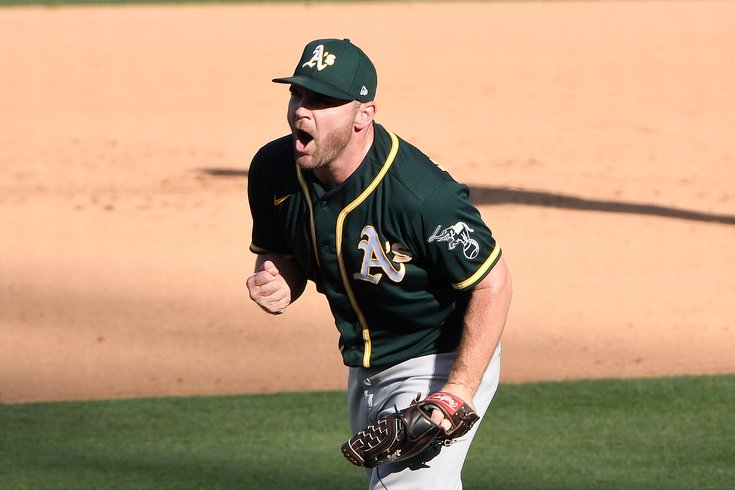 The Phillies would be crazy not to at least kick the tires on acquiring Liam Hendriks.

There hasn't been much talk yet this offseason about the Philadelphia bullpen — and there probably needs to be.

The Phillies relief pitching corps were arguably (and depending on which stats you look at, statistically) the worst in the history of baseball, and the No. 1 reason the team did not make the postseason.

We won't waste your time making you re-live it, well, not too much time. Here's a table we assembled back in September to illustrate the sheer awfulness of the team's pen:

Matt Kentak and the front office did what it could with a combination of underperforming mediocre veterans and unproven prospects but nothing seemed to click. The trades the Phillies made during the reason for bullpen help wound up backfiring big time:

All of this is to say the team might be wise to throw some money at the problem this year. And, unlike during the weird COVID-19 trade deadline from last August, there is a ton of talent available in free agency.

Today, we're going to take a look at the top available relief pitcher, Liam Hendricks, who is at the top of Megan Montemurro's list of relievers the team should pursue (Phillies beat writer for The Athletic):

The Phillies must improve the bullpen, so why not invest in one of the best closers in baseball? Over the past two years, Hendriks, 31, has a 1.79 ERA in 99 appearances with 39 saves, 237 ERA+, 0.897 WHIP, 2.0 BB/9 and 13.1 K/9. He will be expensive. It’s the price the Phillies will need to pay to add an elite arm in the ‘pen. While they have been burned on free-agent deals with relievers the last couple of seasons, Hendriks should be a worthwhile investment. [The Athletic]

The biggest problem with going after Hendriks is, you guessed it, money. The Phillies may not seem strapped for cash on the surface, but the lack of certainty regarding their income for the 2021 season — with no or very few fans — is definitely going to be a factor. And as such, after figuring out catcher (J.T. Realmuto) and shortstop (they have a few options) — they may not be willing to spend the $15 million Spotrac.com projects that Hendrik's is worth this coming season.

And the journeyman who has played for four teams in his career has career earnings of just over $9 million. This could be his only chance to get paid.

If the Phillies are serious about contending in 2021 and improving their World Series odds — which currently stand at +3000 according to DraftKings, via TheLines.com, spending money on a premium bullpen arm is the exact right move to get the fans excited and feeling like their ownership is doing whatever it takes.