Live NFL free agency updates: What if there's no football season because of COVID-19? 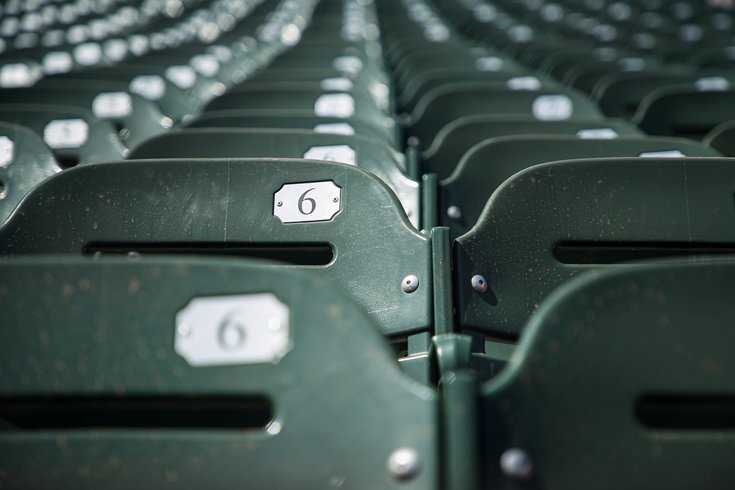 This could be what football stadiums look like in the fall if we don't get the COVID-19 outbreak under control.

Currently, there's been one saving grace in this sports vacuum created by the COVID-19 outbreak, and that's been the NFL offseason. The news has slowed down somewhat, but we're now just a month away from the NFL Draft, which will bring a whole new round of rumors turning to news turning to analysis, and the football machine will roll on into the summer as teams prepare for training camps.

Unless, of course, this pandemic isn't under control by then, and teams have to begin pushing back their offseason programs. After all, there's no agreed upon timeline about when this could all be over and life will return to normal — and a lot of that has to do with how we handle things over the next month plus.

If the coronavirus continues to spread as people defy social distancing requirements, that could lead to the NFL joining the rest of the sports world by putting their season on hold. At least that's the belief of ESPN football analyst Kirk Herbstreit, who said on Thursday night on ESPN Radio that he'd be "shocked" if there's NFL and college football being played in the fall.

Here's more on his comments, via TMZ.com:

"I'll be shocked if we have NFL football this fall, if we have college football. I'll be so surprised if that happens," Kirk said.

Kirk said if he was the NFL commish or in charge of the NCAA, he would shut it down ASAP -- "Next thing you know you got a locker room full of guys that are sick. And that's on your watch? I wouldn't want to have that."

"As much as I hate to say it, I think we're scratching the surface of where this thing's gonna go."  [TMZ]

It's bad enough that the NBA, NHL and MLB seasons (in addition to March Madness and pretty much every other sport) had to be put on hold, but as we said at the top, at least there has been a steady stream of NFL news and rumors to keep us busy.

Herbstreit also said that while there's a chance we could have this thing under control by the fall — for everyone's sanity and safety, let's hop that's the case — but if it lingers into the summer and causes minicamps and possibly training camps to be delayed, that's going to have a big ripple effect that will likely at the very least delay the start of the season.

"You don't all of the sudden come up with something in July or August and say, 'Okay we're good to go' and turn 'em loose!" Herbstreit added.

And from there, it's a slippery slope to the whole thing being cancelled.

If you're one of the people out there who haven't been taking this seriously, and don't think social distancing is a real thing that needs to be strictly enforced, maybe you just don't care about other people. But if you're reading this story, you clearly care about football, so take this as your warning: Stay inside, or you might be part of the reason there's no football in the fall.

Now, back to the distraction that is NFL free agency, as we'll keep you up to date with the latest news and rumors from around the league, because, let's be honest, we all need this right now.