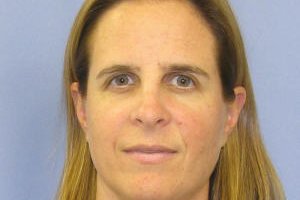 A former swimming coach and guidance counselor at the Malvern Prep School has been arrested and charged with trying to seduce a teenage student, prosecutors announced Wednesday.

According to the Chester County District Attorney's Office, 40-year-old Emily Feeney used her position to try to coerce the male juvenile -- a swimmer for the school's team -- into having a sexual relationship with her.

The alleged abuse began in 2014 when the teen, who was 16 at the time, said he began receiving inappropriate texts and emails from Feeney.

Prosecutors say that some of the messages sent to the juvenile were of partially nude photos, including a picture of her topless.

Other messages professed love for the teenager, with one email reading, "I adore you -- always have, always will," according to authorities.

According to the District Attorney's Office, the victim repeatedly asked her to stop, at one point citing his age to emphasize the point, yet she continued.

Feeney, who served as Director of College Counseling at the school, promised the juvenile she could use her position to ensure him admission into Harvard -- that is, if he complied with having a physical relationship with her, according to prosecutors.

"Schools should have policies to limit communication between teachers, coaches, and students to official school matters on school accounts that can be monitored," District Attorney Tom Hogan said in a press release. "There should be no contact between teachers/coaches on private email accounts or social media."

Feeney has been terminated and the school is cooperating with authorities. She has been charged with institutional sexual assault, corruption on minors and related charges.