Men with testicular cancer may only need one round of chemo, study says 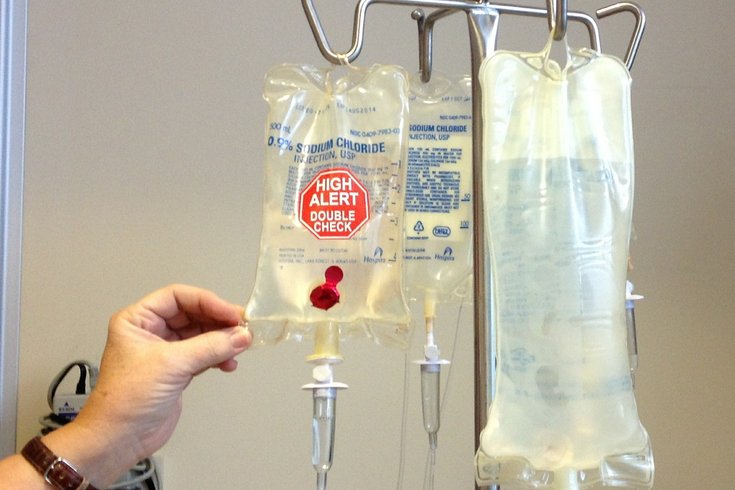 Giving one cycle of chemotherapy to testicular cancer patients was found to be as effective at treating the disease as the standard two cycles, according to a new study from researchers in the United Kingdom.

A single dose of chemotherapy for men being treated for testicular cancer appears to be as effective at combating the disease as two doses – and results in fewer long-term side effects – according to a new study by researchers overseas.

The new study by scientists at the Institute of Cancer Research in London and University Hospitals Birmingham NHS Foundation Trust in the United Kingdom, which is published in the journal European Urology, finds that just one round of chemo can be just as effective as the standard two rounds for men with testicular cancer.

Testicular cancer affects a man's testicles, which are responsible for sperm production. In the United States, it is most common among younger men in their 20s and 30s. Almost 10,000 men develop testicular cancer each year, according to Johns Hopkins Medicine.

Treatment normally includes surgery and then either chemotherapy or radiation therapy. Side effects from chemotherapy, such as hair loss, vomiting, nausea, mouth sores and fatigue can affect a patient's quality life. With less drug exposure, however, side effects will hopefully be less severe, the researchers said.

In this study that included nearly 250 men with early-stage testicular cancer, the patients after surgery were given one three-week cycle of the chemotherapy drug BEP – a combination of bleomycin, etoposide and the platinum agent cisplatin. Then the men were tracked to see if their cancer returned within two years.

According to the study results, only three men, a little more than 1%, had a relapse. This is important because previous studies report similar rates in patients who underwent the standard two cycles of chemotherapy.

Robert Huddart, professor of urological cancer at The Institute of Cancer Research and consultant in urological oncology at The Royal Marsden NHS Foundation Trust said in a statement, "Men with testicular cancer who are at high risk of recurrence have generally been treated with two cycles of chemotherapy – but our new study found that one cycle was enough to stop their tumor from coming back."

He added, "Reducing the overall dose of chemotherapy could spare young men who have their whole lives ahead of them from long-term side effects, and also means they will need fewer hospitals visits for their treatment."

Professor Emma Hall, deputy director of the Clinical Trials and Statistics Unit at The Institute of Cancer Research, also added, "We tend to be focused on whether we can cure a cancer or not, but for a disease like testicular cancer which affects young people, it is also crucial to ensure treatment does not leave patients with a lifetime of adverse effects.

"There is an important balance to be struck in giving men enough chemotherapy to stop their testicular cancer from coming back, without giving them so much that they suffer unnecessary side effects."