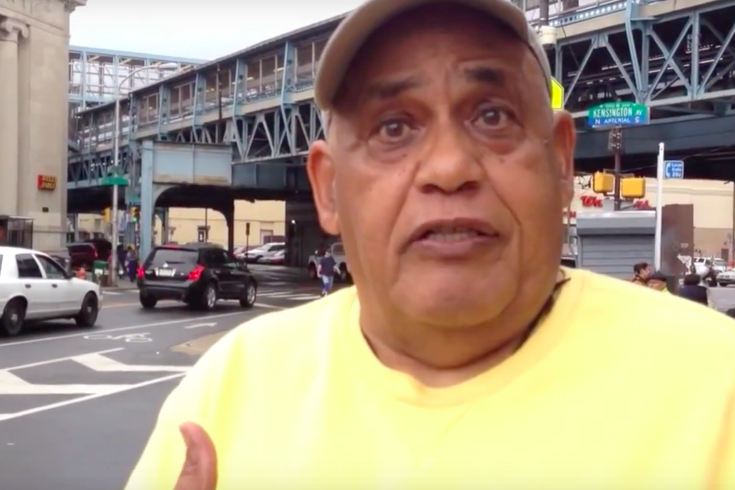 Just when you thought Pennsylvania’s Porngate scandal couldn’t get any weirder, along comes T. Milton Street Sr. to indicate that it most certainly can do just that.

Spurred on by a theory that several African American elected officials were indicted as part of an investigation with racial undertones, Street told PhillyVoice on Monday that he’s inviting state Attorney General Kathleen Kane to town next Thursday or Nov. 5.

There – should she accept his offer – Kane will be welcome to attend a press conference outside District Attorney Seth Williams’ office at which Street said he will publicly share pornographic images, a move that could very well land him in handcuffs.

The prospect of arrest – which he said is likely – won’t deter him.

“I have a ‘Deep Throat’ in Harrisburg and I’ve gotten some of the [pornographic images] listed in the [investigation]. They are a matter of public record,” said Street, noting that he hasn’t yet determined logistics of how to broadcast the videos on a public sidewalk catty corner from City Hall.

“I’ve got the names of some more videos. There’s a lot of them,” he continued. “These guys were watching some raunchy stuff. The tentacles of this thing go deep into the whole judicial system.”

In one of many messages about the issue posted on his Facebook page, along with racy images in some cases, Street wrote Sunday night that:

Frank Fina thinks "he can watch pornography of black women, tell racist jokes during the time he was the lead investigator in a sting operation target[ing] black elected officials. Well, [the] Pennsylvania State Attorney General (a white woman) rejected that behavior and refused to prosecute [the officials] saying the investigation was ill-conceived, poorly managed and racially motivated."

Unearthed after Kane took office, the sexually explicit and racially insensitive emails first surfaced during an investigation into how the Jerry Sandusky case was handled.

They were released by Kane, who claimed they were the motivation for the criminal charges filed against her.

"This office has no role in Mr. Street's activities and has no comment on the merits of his contention." – Chuck Ardo, press secretary for state Attorney General Kathleen Kane's office

Williams acknowledged that the “offensive” emails contained “graphic images with captions that are derogatory towards women, a few that have racist connotations and a smaller number with negative comments about gays.” He said he was “disappointed and angry,” but that he found none were “created or originated by these three employees.”

Included in the pornographic binder released as a result of Porngate maneuvering were images like "Hot Ghetto Mess" and an image of a white man who, while carrying a bucket of fried chicken, was accosted by two "deranged-looking" black men.

Street offered a theory that the lack of action in Williams' review somehow tied into indictments brought by the DA – and not by the AG – targeting African American elected officials in Philadelphia.

“I’ve read Kathleen Kane’s findings over and over again. The problem a number of us have is that Frank Fina was the lead investigator in the sting operation, which we believe was racially motivated. We have embraced the findings of the top investigator in Pennsylvania,” he said.

“You can’t tell racist jokes without telling n----- jokes," he continued. "Our point is to expose that. We’re calling on Seth Williams to get Frank Fina out of office. [Investigators] were sitting in their offices making racist jokes and sharing pornography in the midst of an investigation targeting black officials.”

“He never anticipated there would be a trial and that he’d walk away a hero who slayed the dragon, using black people in the black community as a stepping stone to tell white people in the state that he [would be a good attorney general] who took care of corruption in Philly,” Street said. “It’s a lowlife move, politically evil.”

Williams’ office said it had no comment on the event – scheduled for noon on Thursday, Oct. 29 or Thursday, Nov. 5 – Street said he is figuring out how best to share those images publicly.

He noted that he hoped Kane, who was indicted last month for allegedly unlawfully leaking secret grand-jury information,  would attend “to explain her findings to the people.” It remains to be seen whether that will happen.

"This office has no role in Mr. Street's activities and has no comment on the merits of his contention," said Chuck Ardo, Kane's press secretary.

For his part, Street doesn't seem worried about potential ramifications of his actions.

“I’m not looking to get locked up, but you have to bring attention to your issue,” he said. “Yeah, they’re probably going to lock me up or try to get an injunction to stop me from doing it, but I do what I have to do to face evil.”