Max the pit bull disappeared from ACCT Philly's facility on Dec. 3 before being rescued again on New Year's Eve 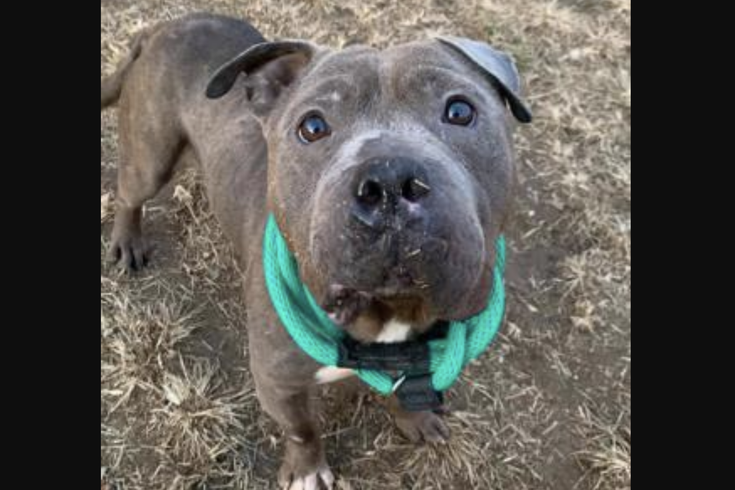 ACCT Philly announced it found Max, an older, gray pit bull who had been missing from its animal shelter since Dec. 3. The ACCT Philly staff posted a video of the dog after retrieving it on New Year's Eve. The dog was found in New Jersey and police are reportedly investigating the situation.

ACCT Philly ended 2019 with some good news, announcing on New Year's Eve that its staff had located and re-rescued a dog that had gone missing from its North Philly facility nearly a month ago.

Max, and older, gray pit bull, mysteriously disappeared from his kennel on Dec. 3. Shortly after, Animal Care and Control Team Philly spread the word of its search for the dog via social media, newspaper ads and then further ramped up the effort by offering a $4,000 reward.

Tips regarding Max's whereabouts had proven to be fruitless until Monday, when ACCT Philly officials said someone reported seeing a dog that resembled Max at their workplace. Shelter officials confirmed Max's identity and that the person seen with the dog had been keeping him at an address more than hour's drive outside Philadelphia.

On Tuesday, animal control officers went to the address and found and retrieved Max.

"It's Max. Max is back. We followed up on a tip we received yesterday, and we were able to locate him," an ACCT staffer said in a live video posted to Facebook on Tuesday. "He's healthy. Aside from needing a little bath, he is good to go."

Max will be available for adoption soon.

Details about how Max got so far away were not immediately available. The ACCT Philly kennel has surveillance cameras, but according to a 6ABC report about Max, the dog's kennel had been located a blind spot of the security system.

6ABC also reported that the tipster who found Max saw him in Yardley, Bucks County, and eventually the dog was tracked to an address in New Jersey. Philadelphia police are investigating this incident.

"We were so relieved when we arrived and saw that Max was unharmed," said Rachel Schumacher, the ACCT Philly Field Services Supervisor, who went to reclaim Max on Tuesday morning. “With every tip we followed up on that didn't pan out, we were really losing hope, so this really is a miracle of sorts and shows the power of social media and tip lines in finding lost pets."

ACCT Philly manages Philadelphia's animal shelter facility, and it accepts all varieties of pets. In 2019, the organization says it cared for more than 16,000 animals. The nonprofit is located at 111 W. Hunting Park Ave. in the city's Feltonville neighborhood. For adoption hours and information, visit the organization's website.

Information about volunteering or making donations can also be found on the ACCT Philly website.